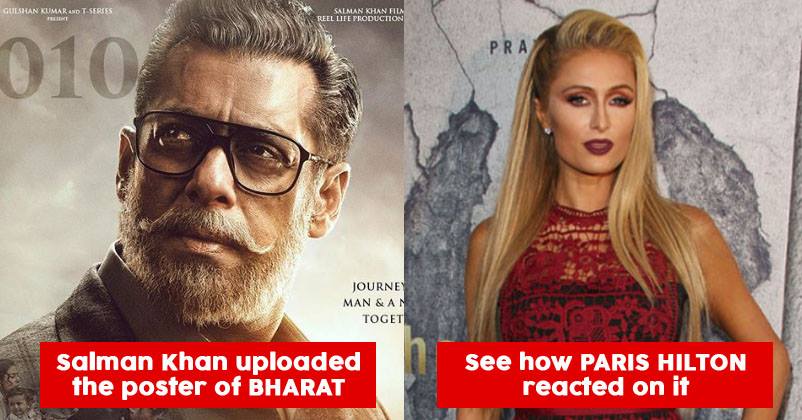 Salman Khan’s next Eid release ‘Bharat‘ posters are being released, in one poster we get to see bhai as an old man with white hair and moustache and two other posters a miner and also a navy officer.

Bhaijaan fans are going gaga over the poster releases as Salman Khan took to his Instagram handle and released 4 posters of his upcoming blockbuster movie.

Recently a new poster of ‘Bharat‘ was released where Salman looks like a 20 – 22-year boy grabbed the eyeballs and impressed American media personality Paris Hilton, she couldn’t resist and left an emoji comment on Salman Khan’s Instagram post. 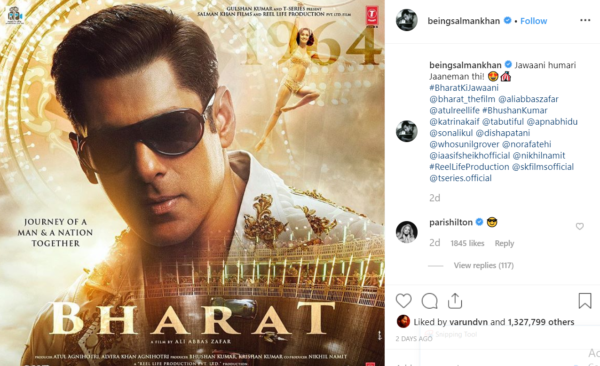 This is not the first interaction of Paris Hilton with the Dabbang star, the duo was spotted together back in 2014 partying and dancing together in Hyderabad in Mika Singh’s live concert at Bala’s birthday party.

Gm:) had a great party with @BeingSalmanKhan & beautiful @ParisHilton at Balas birthday Guess what salman is doing? pic.twitter.com/MQbrghBqEx

Bharat also stars Katrina Kaif, Nora Fatehi, Tabu, Disha Patani and Jackie Shroff in the pivotal roles. The movie is an adaptation of Korean movie An Ode To My Father and will release on Eid, 2019 directed by Ali Abbas Zafar.

“Kalank” First Day Collections Out. Figures Are Awesome & It Is The Biggest Opener Of 2019
Unhappy & Disappointed Fans Trolled “Kalank” With The Most Hilarious Memes Ever