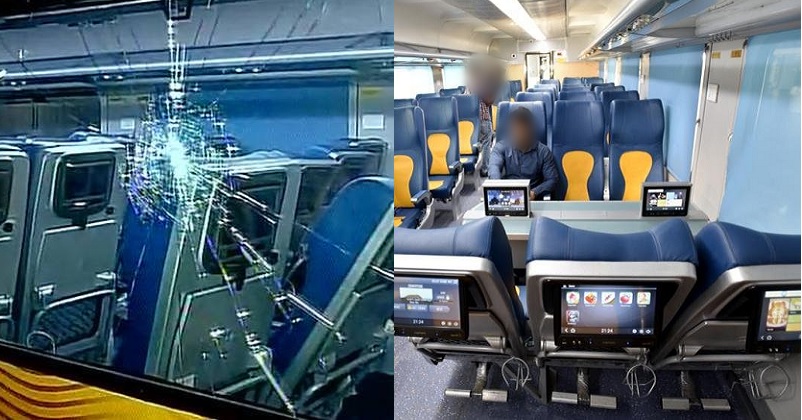 Tejas Express – India’s first high speed and well-equipped train from Mumbai to Goa had its first trip on Monday. As it returned, there were some shocking things to witness; not from govt’s side but from the side of we the public. You will be shocked to know that as the train commenced its first ride and came back there were fewer headphones than actual, damaged infotainment screens, litter all over and unflushed toilets. The railway officials are now planning to appeal to passengers to avoid damaging the train. I think it's time they rename the train to Kakori Express.

Idiots don't damage to #TejasTrain its own our pocket money, we paid tax don't waste it doing this nonsense.

Tejas Express is capable of running at the speed of 200 kmph and has several unique features such as automatic doors, 9-inch infotainment screens for each seat, tea-coffee vending machines, vacuum bio-toilets, touch-free water taps in toilet and secured gangway. Trains like Tejas Express are the pride of Indian Railways and Indians as well. Spoiling the pride is not cool at all and one should think thousand times before doing this. If it’s government’s duty to develop our country, we’ve the duty to maintain it. Still if you can’t maintain, don’t spoil it.

Continue Reading
You may also like...
Related Topics:India, Tejas Express

Sir Roger Moore’s Death Shooked Everyone! Fans And Celebs Flooded Twitter Appreciating His Work.
The List Of Top 10 Crowded Cities In The World Is Out! Surprising To See 2 Indian Cities In The List!