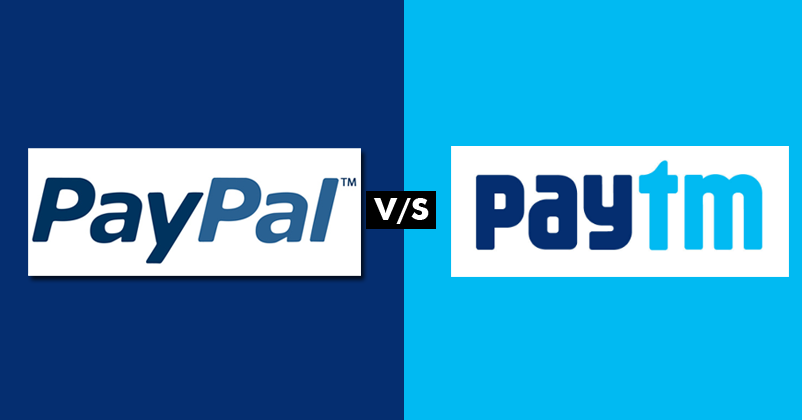 Many people are switching to PayTM amidst this cash crisis; indeed, this is a very good platform for making digital payments, be it for buying things or be it for paying bills. However, bad news for PayTM, as PayPal has lodged a complaint against it.

Yes, Paytm is in deep trouble because PayPal has accused it of copying its trademark. A legal notice has also been sent to the company.
In the notice, it has been highlighted that Paytm’s logo is very similar to that of PayPal’s. The notice reads;

“The first syllable in each mark is in dark blue colour and second syllable is in light blue colour. Further both marks begin with PAY’ which consumers tend to remember more than the second syllable, and the marks are of similar length.These similarities cause likelihood of confusion in the aggregate, especially considering the fame of the opponent’s (PayPal) earlier trademark.”

On 18th of July 2016, Paytm had advertised the trademark registration (A compulsory procedure) and if anyone has objections on this, a period of 4 months is given for raising them.

As per PayPal, Paytm has no reason of adopting identical color scheme and identical colors; it was just to take advantage of PayPal’s established reputation.

Parter of Tech Corp Legal, Rahul Dev stated that PayPal has sent its notice at an interesting time i.e. on the last day of the 4-month deadline (18th of November). PayPal also says that the intention of Paytm is coming close to it and acquiring the same goodwill. Now, the company has requested the authorities to refuse the application for trademark registration of Paytm. Moreover, in the notice, PayPal has also mentioned that it has registered its brand globally in the year 1999 itself. Let’s see if this issue moves to the court or not.

What’s your take on this? Do share your views in our comments section below!

WWE Superstar Brock Lesnar Suspended For One Year For This Reason!
An Indian News Channel Put This Headline With An Awful Typo & Twitter Can’t Stop Laughing