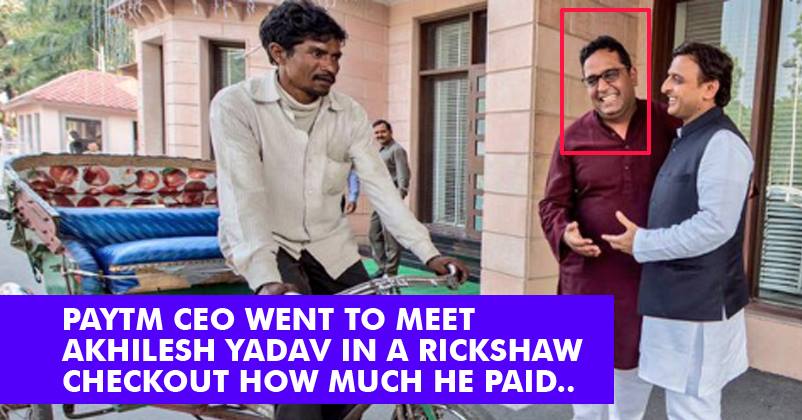 One of the most annoying things people faces these days is ‘Traffic Jam’. With increasing population and rising living standards of people, the number of cars on road are also increasing that results in huge traffic jams.

Traffic jams have become a pain in the ass for Lucknow citizens. Though they could not get any relief from jams since a long time but after this incident, it seems that the issue will be resolved soon. UP state has been giving away UP state’s Yash Bharti award since a few time back. It has already distributed the award to 73 people in various fields like sports, literature, technology etc.
The awards were introduced by Mulayam Singh Yadav government in 1994-95 but were stopped my the Mayawati government. The Samajwadi Party reintroduced it in 2012 after coming to power.

It was Paytm CEO Vijay Shekhar Sharma’s turn to receive his UP state’s Yash Bharti award. Unfortunately, the pain in the ass traffic jam showed its magic again and… This surely would have been a moment of shame, not for Paytm’s CEO but for the state’s CM Akhilesh Yadav. He soon tweeted to cover up the shameful incident with a solution that metro construction in the state will soon resolve the problem of Traffic jams.

Paytm’s CEO preferred taking a cycle rickshaw to avoid traffic but had to go through a verification process after which he was allowed to enter Akhilesh’s 5 Kalidas Marg residence.

This incident will surely make people in power look into this problem seriously and this tweet by the CM himself is a proof of it.

But the question here is…

How did the Paytm CEO pay to Ricksha wala? – cash or through paytm!

It was a lucky day for the rickshaw puller, Maniram, as the state’s CM Akhilesh Yadav handed him Rs 6,000 as Diwali gift. Not just that, the CM also assured him a house, e-rickshaw and Samajwadi Pension scheme for his wife.

What do you think about this incident? Do you think the CM will look into this matter seriously? Do share your vies with us in the comments section below.

Now You Can Stay In Jail & That Too Without Committing A Crime! Here’s How!
Apple Is Partnering With Reliance Jio. Here’s What Tim Cook Said