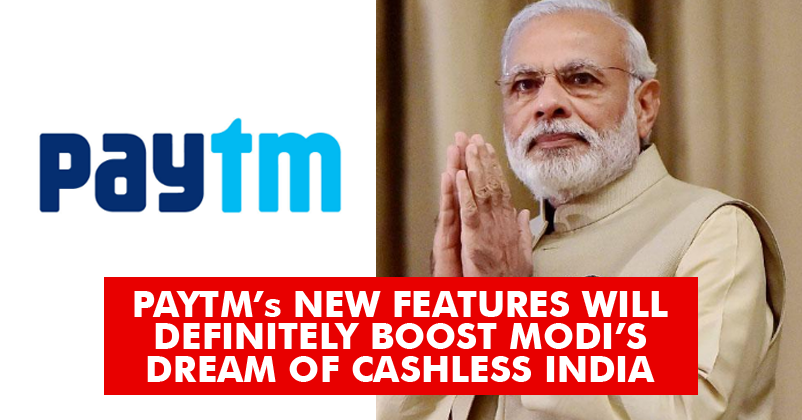 After demonetization, there is a significant increase in the number of digital transactions which has prompted Paytm, the digital payment platform, to make changes in its application and therefore, some new features have been added in the app.

Now, from on, the vendors will be able to declare themselves and accept upto Rs. 50,000 into their accounts. The settlement of amount will be made at midnight every day and the charges for the settlement have been fixed at 0%.

For declaring themselves, vendors will need to click on ‘Accept Payment’, make selection of “bank account”, feed other details and confirm. The wallet balance of such self-declared vendors should not cross the limit of Rs. 20,000 after which the amount will be settled in the bank account directly.

Paytm has also added fingerprint support and now, users can make their fingerprint their password. Not only this, they can scan recipients’ Paytm QR codes directly from their image gallery.

For using this feature, they will need to tap on the right corner of upper side of the screen on the option of ‘Scan Paytm QR from Gallery’.

And that’s not all, it also provides users with ‘Paytm Community Forums’ where all their questions will be answered.

Just lately, an announcement was made by Paytm that it would transfer its wallet business to payments bank. As per the announcement, the Paytm Wallet will be transferred to the newly formed Paytm Payments Bank automatically; however, m-wallets won’t stop working even after 15th January. There is no change in features, such as likes, login, wallet balance and user experience. If any user wants to stop using Paytm, then he/she should send an email to [email protected] or log in to Paytm.com/care, in order to inform about the decision and also to redeem the balance that will be made directly in the user’s bank account in one transaction.

How much user experience will get better after this update of Paytm? Do let us know your views in the comments section below.