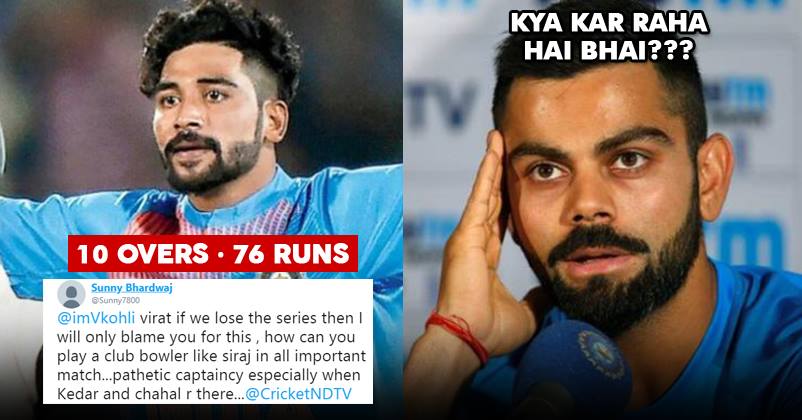 Mohammed Siraj made his debut in the ODI series against Australia in the 2nd match, which saw India winning by 6 wickets.

The cricketer, who hails from Hyderabad, was called in to replace Jasprit Bumrah. However, his miserable performance has left Indians furious. 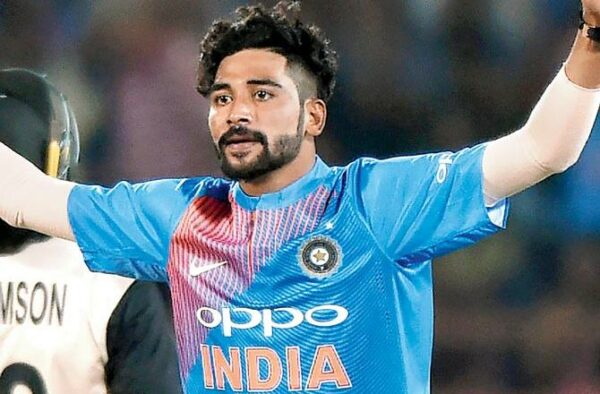 They are saying that BCCI made a poor choice and people are blaming the BCCI selection committee. Check out what they are saying:

Part time bowler would have bowled better than this Siraj, what a bogus selection for this important match.

Nation demands a Koffee With Karan for Mohammed Siraj.

@imVkohli virat if we lose the series then I will only blame you for this , how can you play a club bowler like siraj in all important match…pathetic captaincy especially when Kedar and chahal r there…@CricketNDTV @Cricketracker @BCCI @cricketaakash @sanjaymanjrekar

Exactly this happens when you become over-confident in team selection. @JadhavKedar should have been there instead of @RayuduAmbati and #Siraj in a deciding game. So many extra runs, such a bad bowling attack. @Jaspritbumrah93
– we miss you.. @cricketaakash @imVkohli @BCCI

#Siraj is not even able to bowl properly on a particular line outside off… forget about taking wickets this is very poor bowling.