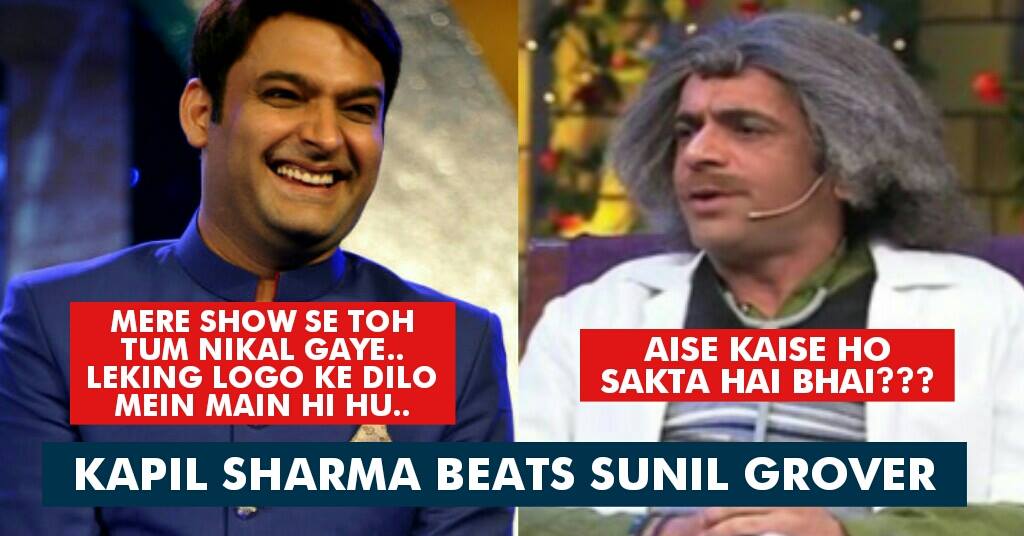 Kapil Sharma is not the happiest man right now but this news might just make him feel better.

The ongoing war and the fight drama between Kapil and Sunil have taken many turns. The two are not ready to break the ice and patch up.

The Kapil Sharma Show is suffering a lot because of the fight. The TRPs have fallen down and the absence of key team members is surely affecting the quality of the show. However, the TRP list is out and there is a good news for all Kapil fans. The comedy star’s show has fared better than Sunil’s show in the TRP race.

We are talking about The Kapil Sharma Show garnering more TRPs than the grand finale episode of Indian Idol featuring Sunil Grover as Dr. Mashoor Gulati.

The grand finale episode was appreciated by many but in the TRP race, it stands behind The Kapil Sharma Show. This proves that Kapil is still ahead of Sunil in the TRP war. Kapil Sharma has got a months time from Sony channel to mend his relationship with team members of the show and get them back. All we can do is wait and watch.

We really want the power of two comedians to come together for record-shattering results. What do you guys feel?

Akshay Kumar Speaks Up On Clashing With Shah Rukh Khan! His Answer Will Surprise You
Upasana Speaks On Kapil-Sunil Fight! Her Statement Is A Hint That Sunil Will Be Back!