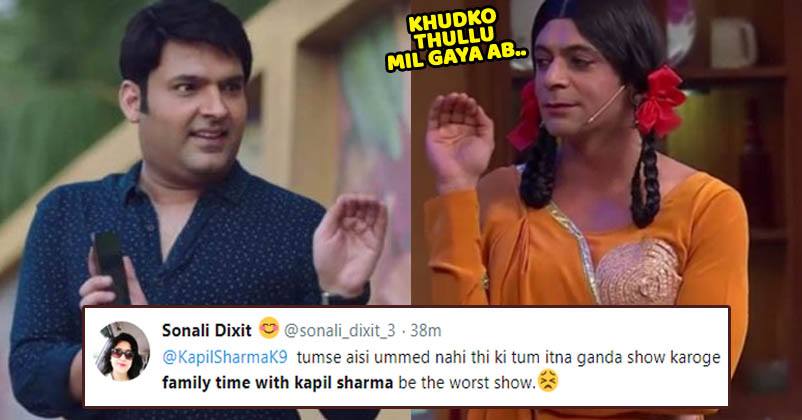 Kapil Sharma is loved by one and all and ever since his new show “Family Time With Kapil” was announced, we were super-excited. We were badly missing him since last year, but thanks to his new show that we can get that same humor and enjoyment back.

It was good to see Kapil’s comeback on TV. The first episode was aired today and Ajay Devgn had come on the sets to promote his movie Raid. 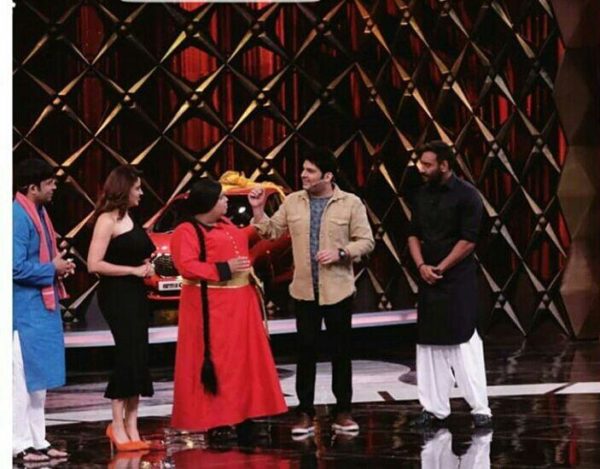 However, people haven’t loved this new show at all. As compared to “The Kapil Sharma Show”, people feel that “Family Time With Kapil” is too bad.

TKSS was a funny show wherein Kapil would troll celebrities & give uncontrollable laughter to audience. On the other hand, “Family Time with Kapil” is a game show wherein family members play games and have fun together.

Some feel that it’s just like “Khulja Sim Sim”, a game show from 2001. Many people took to Twitter to express their disappointment over the show. They were heart-broken because the new show couldn’t meet their expectations.

Here are some tweets;

Today's episode of @family time with kapil Sharma.. Can't understand.. This is like khelo or jito @sony Sab..

@ family time with Kapil Sharma we didn’t expect you to be a anchor of a noisy game show, disappointing 😌

After Firangi another flop show by Kapil Sharma .. Family time with Kapil will not be a longer future . @SonyTV and Sidhu have lost his popularity now .

I m very disappointed by family time with Kapil … Ppl will loose interest if u continue this type of show … We want old Kapil sharma with his full team … Plz get back Sunil grover and ali Asgar ..

Don’t you think Kapil should bring in changes in the format of the show?

Why Did Arijit Singh Sing Salman’s Dil Diyan Gallan? Here Are 2 Reasons
Ranveer Singh Is Getting This Huge Amount Just For A 15-Minute Performance In IPL