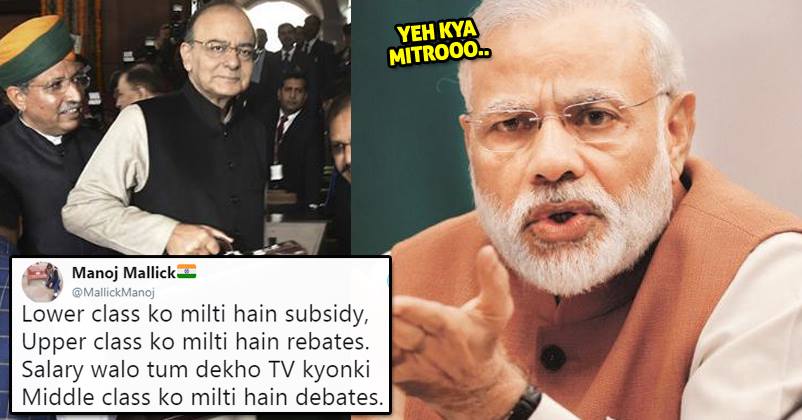 People had high expectations that the GST will be addressed this year, but sadly, most of the reforms were directed to the poor and towards the farmers.

Middle class people’s expectations shattered after hearing the budget on televisions. There were no changes in the income tax slabs too.

After the announcement of budget was done, people shared painful jokes on social media as it was opposite their expectations. The excitement level was 0 after he finished announcing the budget.

As expected people took to social media to troll the government and crack hilarious jokes on the same. Since the concerns of middle class people are overlooked in the budget, Twitter is filled with mixed reactions.

Some Twitter users displayed amazing humor through their tweets and you can’t miss it.

Story of Every Budget : Poor gets Poorer, Rich gets richer and Middle Class Gets the Middle finger.😂😂#पकौड़ा_बजट#Budget2018

#Budget2018 in one pic pic.twitter.com/YLTWnqsbbt

So guys, what was your reaction on hearing the budget?