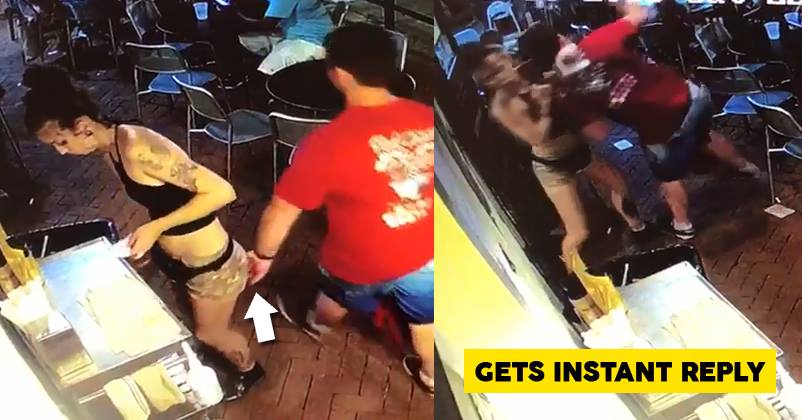 Crimes and acts of molestation against women are on a rise not just in India but all across the globe. Hence it’s very necessary for women to be ready to face all kinds of situation with bravery instead of giving up without having to fight.

There is no denying the fact that once women start acting strong, perverts will also think twice before harassing them. Agree?

A reddit user Redditor Sploogesock shared a shameful incident that happened with his cousin who is a server or waitress at a restaurant. As the girl was busy doing her duty, a pervert passed from there and groped her bu*t. 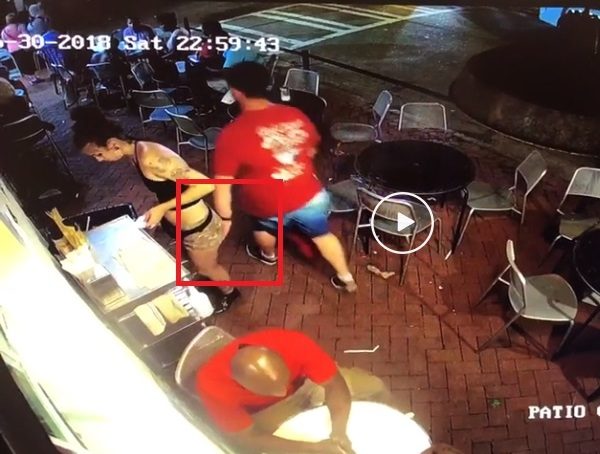 Needless to say, there will be many women who will feel embarrassed and might even start crying after this but she was bold enough to face the pervert with courage.

In the video shared on reddit, it can be clearly seen how she grabbed him by his collar and taught him a perfect lesson in the WWE style by throwing him into the trash can. 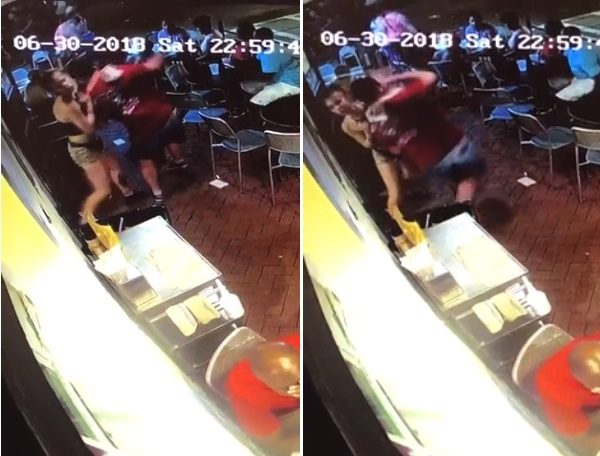 A Reddit user shared the incident that happened with his cousin, "My cousin takes this pervert down for grabbing her a$$. He is later arrested in front of his wife and 2 kids when the cops arrived." pic.twitter.com/jQLSfcvORj

Even more disgustingly, the pervert is a married man and has two kids and cops detained him in front of his family members.