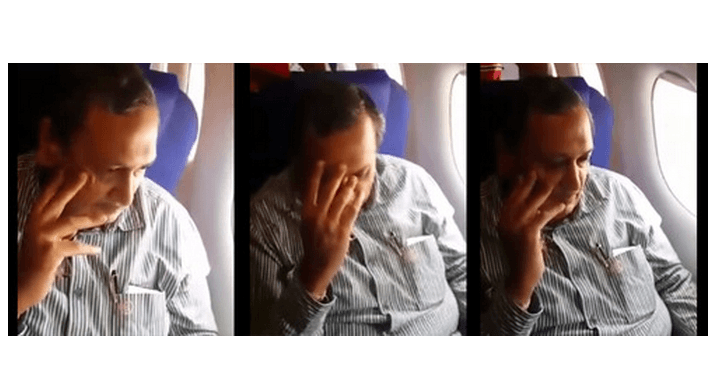 Sophisticated looks and elegant attitude may not always deceptive, but sometimes it is. The man was right sitting behind her on the Indigo flight. He took all possible attempts to poke the girl from the back under the seat and kept on molesting her. Throughout the flight he touched her with bad intention. The incident happened yesterday on the Indigo flight to Bhubaneswar.
This is what a YouTube user, Shreyas Rao uploaded, that was videotaped by the girl who was allegedly molested. She forwarded this video to let the mass know of what happened in the indigo flight yesterday with her! She said “he was right sitting behind me. This man on the seat behind mine constantly put his fingers through the seat gap to touch my body. It was quite shocking for to react at this awful behaviour. I couldn’t react to that and had to tolerate the crime.” She further said that by that time the flight was about to land. “I got up at the time when flight was in the landing mode. Then the moment flight touched down, I intentionally created an awkward situation for that idiot. I humiliated him in front of the crowd. I videotaped his activities and made him apologize.  I just wanted to make him understand that I am not kind of girl who is going to tolerate his without any protest. And I did that. Let this kind of deceiver know that women should be respected.”  I am grateful to the police officer and Indigo staff who remained helpful to me throughout.”