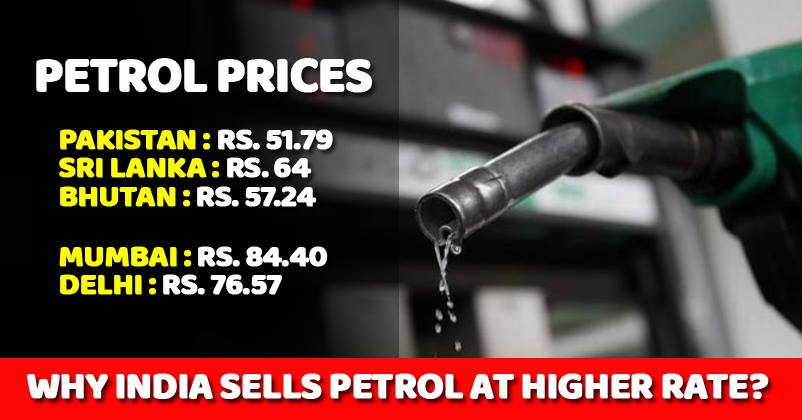 Prices of petrol and diesel are increasing day by day in India and if the situation remains the same, it might be difficult for common people to afford buying them after some years. The price of petrol in Delhi is currently Rs 76.61 and it’s the highest so far. Before this, on 14 September 2013, petrol price reached Rs 76.06 in Delhi.

The reason of price hike is said to be increasing cost of crude oil and the decreasing value of Indian Rupee in comparison to dollar in the international market. However, the retail price of petrol and diesel depend largely on the tax imposed in different states of a country. If we look at the price of petrol keeping in mind taxes imposed presently, the price of Petrol in Delhi will be half of what it is now if the taxes are removed. 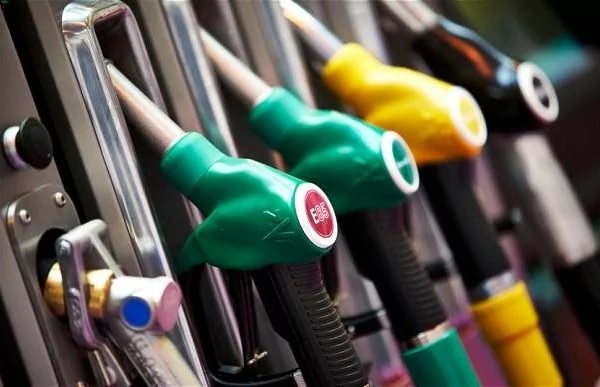 You will be shocked to know that in the neighbour countries, price of petrol is considerably less in comparison to that of India (excluding SAARC countries).

Now people are questioning that if the countries that are poorer than India can sell petrol at a cheaper price, why India can’t do it. Talking about its main reason, it is the different tax imposed in every state of India. These taxes include VAT, cess, etc.

As per economists, no government wants to make deduction in the revenue that it gets from petrol and diesel as they get a major part of it.

Here are the prices of petrol as on Monday, May 21:

Twitter has also expressed views in this connection and here are some selected reactions:

Petrol & Diesel price touched all time high, even broke the record of 2013. I think, this Govt has planned that it'll rise fuel price until people don't use Bicycle.

Hundreds of Indians going to Bhutan to buy ₹52/ltr petrol every day.

Irony is, IOC/HPCL sells petrol to Bhutan which Bhutani govt selling it @ 52/ltr.

But the same IOC/HPCL selling same petrol @76/ltr in #NewIndia.

If current #PetrolPriceHike doesn't affect you anymore or really afraid to speak the truth Mr. "Khatron ke Khiladi"…Even your wife @mrsfunnybones is brave enough who atleast sometimes write about common people's inconveniences in her columns.. https://t.co/Tx14rSUzvC

What do you have to say in this regard? What actions should government take to reduce the price? Let us know your views.

Police Constable Misbehaved With Jadeja’s Wife. Pulled Her Hair & Slapped Her
This Man Bought A Jaguar And Spent Rs 16 Lakhs Extra To Get Number ‘1’ On His Plate