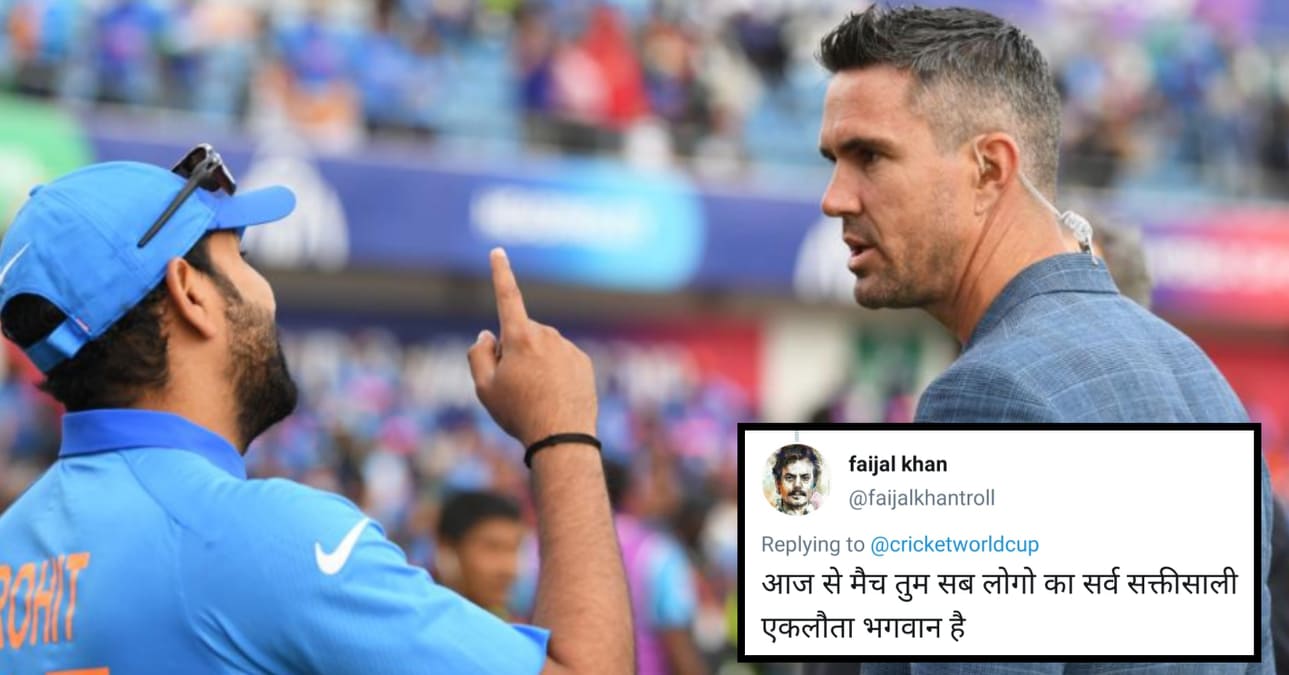 India has already secured its position in the semi-finals and yesterday’s match was cherry on top. India has been performing outstandingly in all the matches till now. Even against England though they did not win the match, they did put a lot of effort into it. Talking about yesterday’s match Rohit Sharma and KL Rahul aced it yesterday, both scored above 100 and lead team India to taste victory.

Rohit Sharma not only scored a 100 but also became one of the few batsmen who scored 5 tons in one World Cup. People were immensely impressed by Rohit’s skills. Even, Kevin Pietersen we think. A photo of Rohit Sharma and Kevin Pietersen has emerged online, in the photo, Rohit can be seeing waving a finger at Kevin Pietersen and Kevin, on the other hand, looks confused/terrified.

People soon started captioning the photo and the results were hilarious! See how people responded.

There were a lot of ‘one more century’ jokes, Indians are predicting or got superpowers?