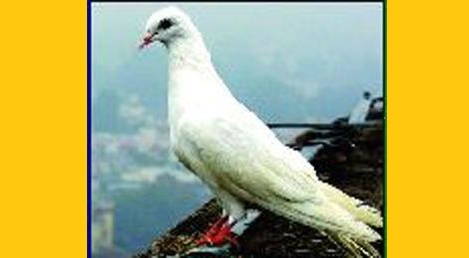 A pigeon has now-a-days become the hitch of Gujarat police and given it a severe headache. The bird was found on 20th March, time was about afternoon, at Devbumi Dwarka’s Salaya shoreline where it was seen sipping water. As security guard of Essar attempted to frighten it away, he observed that on the pigeon’s one claw, a chip was attached while on another one, there was a ring numbered ‘28733’. Additionally, across the pigeon’s wings were seen writings in the Arabic or Urdu language.

An intelligence report said that Essar guard accompanied by the pigeon hurried to his senior for reporting what all happened. They took the so-called ‘winged suspect’ in custody for the whole day; however, it could not be discovered who owned the bird. With the fear of this incident being a security threat, Essar staff handed it to Vadinar’s Coast Guard officers to investigate further. On 23rd March, the Coast Guard remanded ‘intruder’ to police custody. The chip as well as ring were taken out of its feet and sent to the sent to Forensic Science Laboratory of Gandhinagar to be examined closely. ‘Benjing Dual’ was the inscription as obtained from the chip. Agencies googled and discovered it as the sensor chip intended for the racing pigeons. Moreover, writings on its wings in the Arabic or Urdu language meant “Rasul-ul-Allah”.

According to forest officials, these types of pigeons are generally aimed at racing in overseas nations and spotted in the northern part of India. However, the conclusion up to now is “primary information we have and further investigation is going on,” as maintained by Union home ministry.