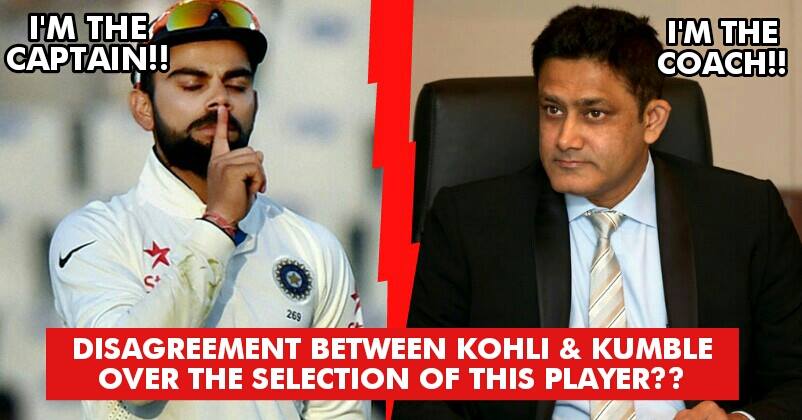 Recently, the Board of Control for Cricket in Indian (BCCI) has sent out an invitation for aspirants to apply for the post of the coach of Indian Cricket Team. It left many people confused, regarding why Kumble has not been offered an extension and why his service is being terminated. If you have followed our previous articles, then you might know the probable cause of this decision, as predicted earlier. In case you have missed it for some reason, here’s the article. Recently, a new theory has evolved after the BCCI gave their statement of the issue. After the news first surfaced on the internet, it was stormed and was carried by many media sites. Most of them claimed that issues between captain Kohli and Kumble are the prime reason for the termination decision. Reports suggest that the story began during the Test – Series between India and Australia, which dates back to the month of March.

According to BCCI Officials, the probable cause might have been the selection of Kuldeep Yadav for the India – Australia series. According to an analysis, Kumble insisted on including Kuldeep to be a part of the 3rd match in Ranchi, while Virat Kohli was strictly against it and Kuldeep had to sit for the match. Things got sore during the 4th Test at Dharamsala. Apparently, Kohli was sitting that day due to an injury and Ajinkya was put in charge. On the other hand, Kumble took the privilege and went with the selection of Kuldeep, without the consent of Kohli.

According to The Hindu ,BCCI was quoted as saying,

“This may or may not be the reason. But we believe the people in the corridors of power have been told that Kumble is overbearing and doesn’t give freedom to the players. It’s sad that aspersions are cast on a legend of Indian cricket.”

Speaking about the decision of including Kuldeep, Kumble turned to be the right one here. Kuldeep played exceptionally well in that match and took 4 wickets in the first inning. Considering all the reports to be true, Kumble’s tenure as the coach of the India Cricket Teams seems to be coming to an end. But we all hope that if there are any internal issues or differences between the captain and the coach, it should be resolved soon for the sake of cricket itself.

That was all about it. What do you think guys? Do let us know.

Astrologer Predicted India’s Win In ICC Champions Trophy! Says The Team Will Have To Cross 2 Hurdles!
The Unseen Side Of Your Favourite Cricket Stars! Watch Video Of First Official Dinner For The Indian Team!