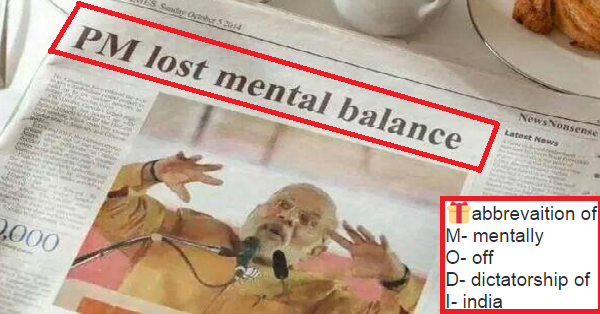 Prime Minister Narendra Modi has brought changes in the foreign policy of the country as his government came into power and tried to strengthen the relations with the neighbors. Very enthusiastically he visited most of the neighboring countries and Nepal was one of them.

Nepal has been a close friend of India since a long time, and India opened its doors for Nepal when it was hit by an earthquake, however the TRP focused media played a big role in bringing a bad name to India.

The relations between India and Nepal have been in a problematic state since a new constitution has come into force in Nepal. The growing influence of China in Nepal is a matter of concern for India as the recently appointed Prime Minister and President of Nepal is also of communist background and they are already tilted towards China’s ideology.

Just recently the Prime Minister of Nepal has warned India that it should not interfere in the internal matters of Nepal. This change in behavior of Nepal is been termed as the biggest failure of PM Modi and his foreign policy, as losing a key ally like Nepal is a huge blow for India, especially considering the fact that India’s other neighbors do not keep a very friendly attitude towards it.

Twitter is also expressing its outrage on the present scenario of Indo-Nepal relations, we have brought some selected tweets for you, have a look:

in anticipation of nasa clicking pictures on mare, modi went before hand n posed for this PIC pic.twitter.com/alhQsDd0V4

#ModiFailedInNepal We need to voice out the atrocities faced by our neighbour due to Modi's arrogance pic.twitter.com/TGwRVb3oBr

@TimesNow this is wht Modi brought for us from his much hyped foreign trips #ModiFailedInNepal #ModiHimalayanBlunder pic.twitter.com/0QOSxqlGKW

Modi is a shame!!! He is a total disaster and is failing everywhere. #ModiFailedInNepal https://t.co/42UEr4V3qu

Don’t forget to share your opinion in the comments section below.