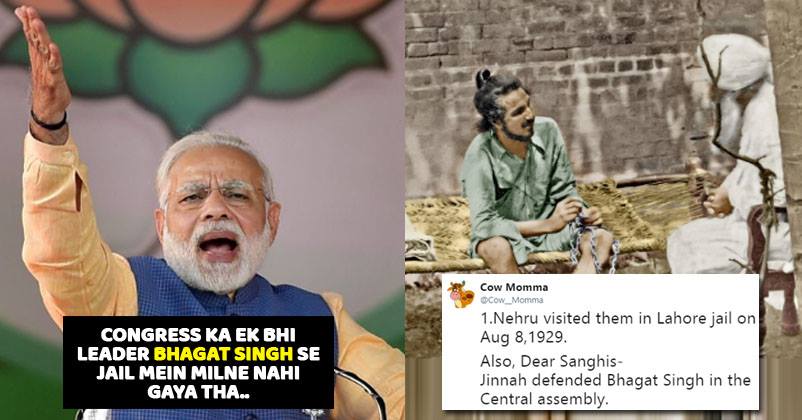 The Congress and BJP are leaving no stone unturned in campaigning for Karnataka elections as the state goes for election on May 12 and the result will be out on May 15.

During a rally at Bidar, the Indian Prime Minister Narendra Modi once again tore into Congress party and launched attacks on the Nehru-Gandhi family. He said that the Congress leaders go and meet corrupt leaders in the jail but no Congress leader went to meet freedom fighters Bhagat Singh, Batukeshwar Dutt and Veer Savarkar when they were locked in jail by the British rulers. 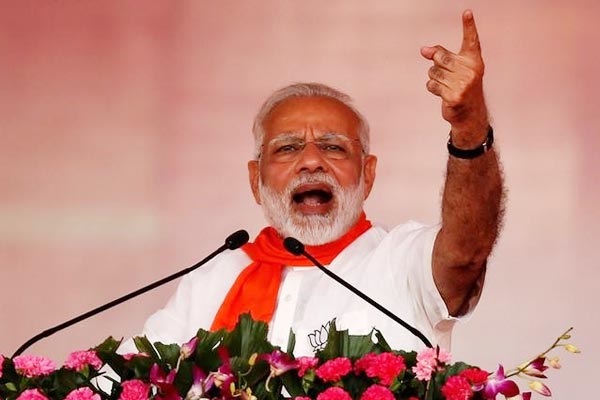 “When Shaheed Bhagat Singh, Batukeshwar Dutt, Veer Savarkar, greats like them were jailed fighting for the country’s independence, did any Congress leader went to meet them? But the Congress leaders go and meet the corrupt who have been jailed: PM @narendramodi”

When Shaheed Bhagat Singh, Batukeshwar Dutt, Veer Savarkar, greats like them were jailed fighting for the country's independence, did any Congress leader went to meet them? But the Congress leaders go and meet the corrupt who have been jailed: PM @narendramodi

However, it seems that PM Modi’s statement was incorrect and not well-researched as there are proofs that Congress leader Pandit Jawahar Lal Nehru visited Bhagat Singh and Dutt when they both were in jail for bombing the Central Legislative Assembly. Dutt was awarded life imprisonment while Bhagat Singh was given death penalty for taking life of a British police officer.

Pandit Jawahar Lal Nehru has talked about his meeting with Bhagat Singh and Batukeshwar Dutt in Lahore prison in 1929 in his autobiography “Toward Freedom: The Autobiography of Jawaharlal Nehru”.

“I happened to be in Lahore when the hunger strike was already a month old. I was given permission to visit some of the prisoners in the prison, and I availed myself of this. I saw Bhagat Singh for the first time, and Jatindranath Das and a few others. They were all very weak and bedridden, and it was hardly possible to talk to them much. Bhagat Singh had an attractive, intellectual face, remarkably calm and peaceful. There seemed to be no anger in it. He looked and talked with great gentleness, but then I suppose that anyone who has been fasting for a month will look spiritual and gentle. Jatin Das looked milder still, soft and gentle like a young girl. He was in considerable pain when I saw him. He died later, as a result of fasting, on the sixty-first day of the hunger strike.” 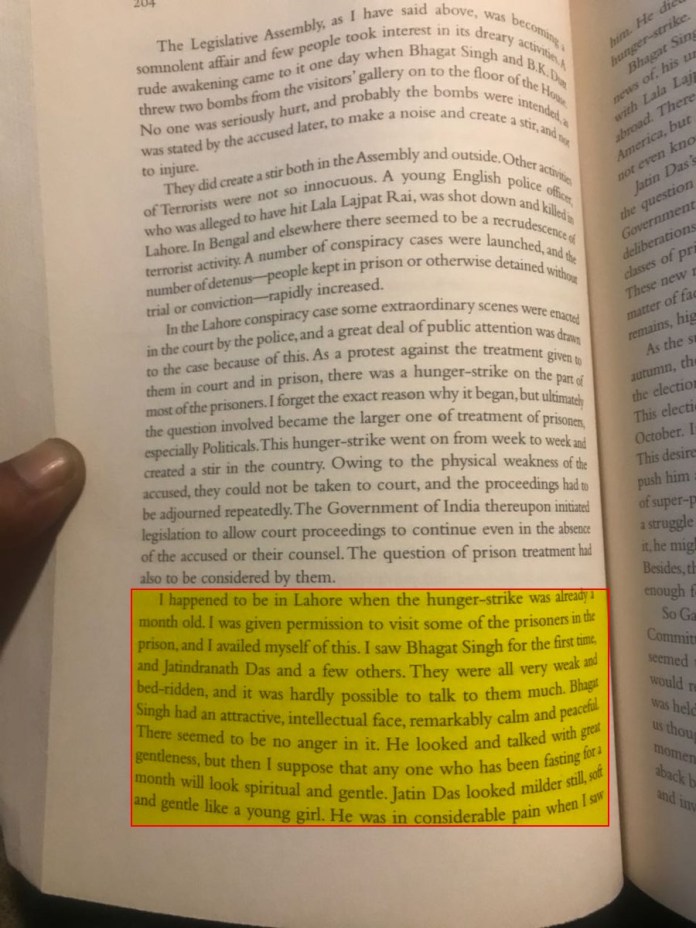 The Tribune newspaper has also written about this meeting in its edition of 9th and 10th Aug, 1929.

There is no doubt that Bhagat Singh and the leaders of Congress had ideological differences but saying that no Congress leader met them while they were in prison is absolutely wrong.

1. Congress leaders’ visits & support to revolutionaries are as amply documented as the treachery of your ideological predecessors is. Their lawyer was a”Congressman

2. We never visited jailed corrupt Yeddyurappa or the Reddy brothers

Dear @narendramodi,
1. Congress leaders' visits & support to revolutionaries are as amply documented as the treachery of your ideological predecessors is. Their lawyer was a Congressman
2. We never visited jailed corrupt Yeddyurappa or the Reddy brothers
3. Read before you rant! pic.twitter.com/aq88P1rtoD

A Twitter user @Cow_Momma mentioned that the lawyer Asaf Ali who represented Bhagat Singh was a Congressman.

1.Nehru visited them in Lahore jail on Aug 8,1929.
2.And published their defence statement in Congress bulletin
3.Asaf Ali was their lawyer and defended them in court.

Twitterati also got miffed with this statement of PM and this is how they reacted:

Dear Prime Minister,
Please do not embarrass us anymore. I know, it's not your fault. Your research team is failing you.#Nehru did visit #BhagatSingh after he went on hunger strike at Mianwali jail in June, 1929. This is well documented.
And this is what he had to say: https://t.co/tWl1krZ0KE

Go and read history before misusing it for politics. Nehru not only met them in prison but also wrote about them. Several Congress leaders defied Gandhi to speak for them. https://t.co/IMr2vTpSnW

There is no failure and there is no ‘research’ team. These lies, half-lies and falsehoods are willed and deliberate. Unlike that other Gujarati and Indian politician, Gandhi, this one will do anything at all to win an election. https://t.co/bhKep5G0aQ

Ooh man!
Those who are critisizing @narendramodi over this post, please atlest get a knowledge about, He is not even 10 passed, how could he know anything abt history.
Jo RSS camp me sikhaya whe yeh Bolengy.
Its our fault that we bring him to post of PM.

If you have no knowledge of history don't try to become a historian! Else you will not be able to face this https://t.co/JccGilaxei

Please withdraw your tweet its false ! Nehru was in not India and politics when Savarkar was in jail and he met bhagat singh ! Ok ! Why your leader not met Savarkar ! Simple not allow to meet in jail anybody ! Seems sir you failed in history subject ! @RahulGandhi

It is a national shame as PM himself is telling lies .

By congress leader, are you expecting Rahul Gandhi & Sonia Gandhi to meet them ?

What do you think? Will PM Modi delete his tweet or not?

Professor Made A Remark On Girl’s Shorts & She Removed Her Clothes To Underwear To Protest
Preity Slammed Sehwag After KXIP Lost A Match Against RR? Preity Herself Clarified On Twitter