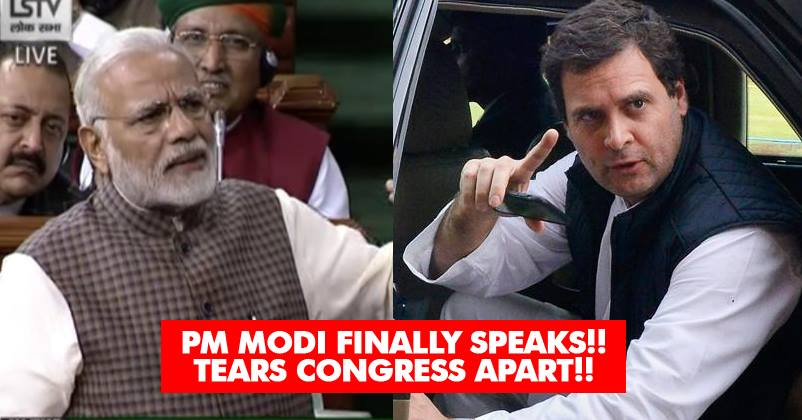 The Indian Prime Minister Narendra Modi once again tore Congress party apart; however this time, he did it in Parliament while speaking on the motion of thanks to the President and not in any election rally.

PM Modi slammed Congress and its President Rahul Gandhi whose promotion to the post of President from Vice-President is described by PM Modi as coronation and not election. He targeted Congress government for the country’s partition and said that Congress doesn’t have the right to preach the government on democracy. In his words,

The MPs of Congress and other opposition parties were shouting slogans as the PM was speaking. On this matter, PM Modi said,

“Your slogans can’t drown my voice, I wish the opposition listened to me quietly.”

He also talked about the work done by his government in comparison to what Congress party did. He said,

PM Modi blamed Congress party for dividing the country and alleged that because of their sins, the country is still suffering. As per him,

“The country was partitioned, the seeds of poison was sown. You divided the country for electoral and petty gains…people are suffering even today.”

He didn’t stop at this and slammed Congress party for dividing Andhra Pradesh in a hasty manner as he said,

“When we speak of creating new states, we remember the manner in which Atal Bihari Vajpayee-ji created Uttarakhand, Jharkhand and Chhattisgarh. He showed how farsighted decision-making is done.”

On the contrary, Congress “messed up” when they divided Andhra Pradesh and according to PM Modi, “They did it in a hurry, and without much thought or research.”

“He keeps taking about the Congress… yes, there is a place for it. You do it at a public rally, it’s perfectly fine, but not in parliament. Here you don’t criticize or raise questions on the Congress, here you answer to the people of the country.”

Here are some highlights: 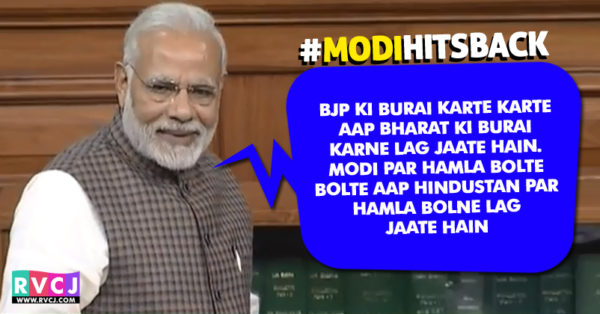 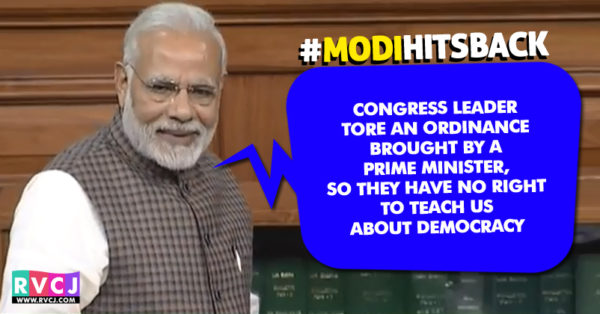 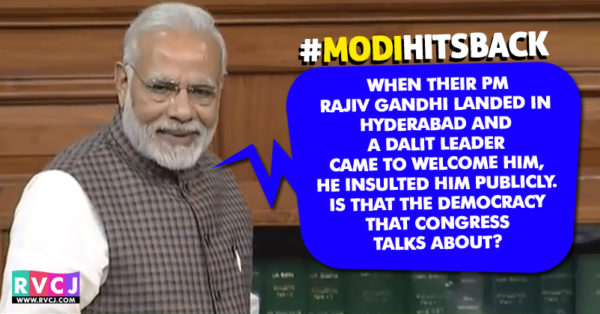 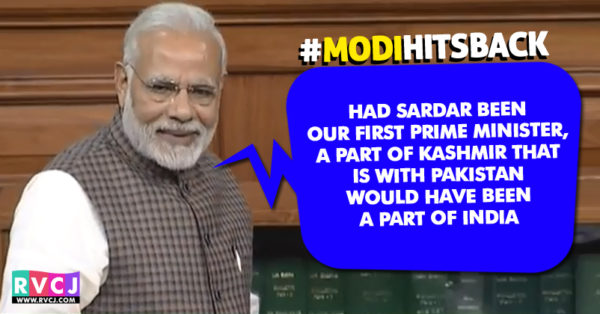 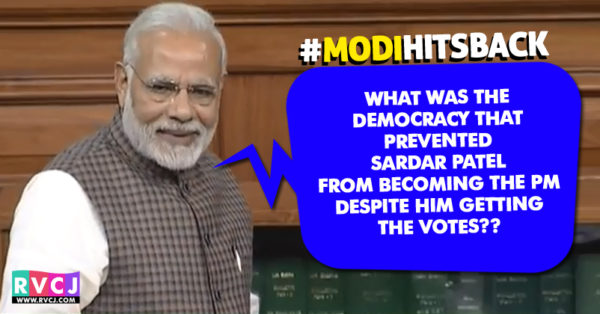 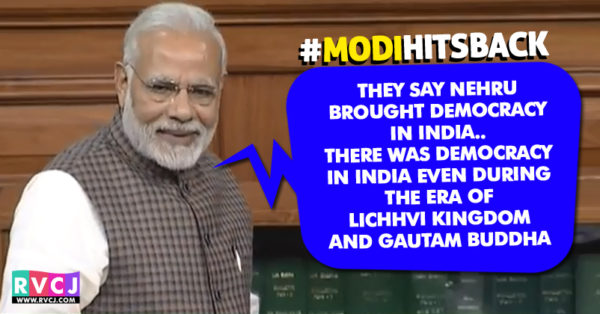 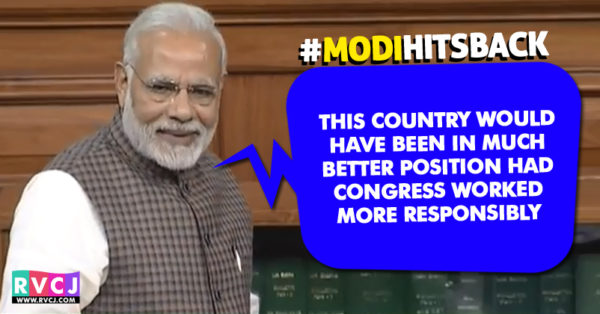 Twitter also got flooded with hilarious reactions on the manner in which Narendra Modi blasted Congress party. Here are some selected tweets:

Congress before and after speech:

The next is Rajya Sabha:

Lion is going to Roar in Rajya Sabha Shortly,

LSTV is doing injustice to us. Not able to see Sonia's face when Modi is giving brutal bamboo to Rajiv.

Condition of Congress in the Parliament:

While with his punishing & mirroring speech, PM Narendra Modi has left the Congress effete and excaudate, madam Sonia says there's nothing new. So, I accept her statement. Corruption and national loot are no new to Congress!
#ModiHitsBack

PM Modi In Lok Sabha Is Giving Tight Slap To Congress. These Pidiots Keep Asking Modi To Answer, Now That He's Answering These Pidiots Are Sloganeering To Stop His Voice From Reaching People Of This Country. Congress Stands Exposed Yet Again. 😂💪🙏🇮🇳 #ModiHitsBack pic.twitter.com/PITU8Q61O2

What do you have to say about PM Modi’s speech? Let us know your views.