PM Modi started a controversy when he took a dig at Congress MP Renuka Chowdhury for laughing in the Parliament during his speech. PM Modi asked the speaker not to say anything to Renuka because it was for the first time after Ramayana that he got the chance to listen to such laughter.

In the words of PM Narendra Modi,

“I request you to let Renuka ji continue. After the Ramayana serial, we got the privilege of hearing this kind of laughter only today.”

However, he didn’t say anything about the character he was referring to.

This comment didn’t go well with the five-time MP and her party and they declared it as an insult of women community. Nevertheless, social media had a field day and hilarious memes and jokes on Renuka Chowdhury and her laughter flooded on the Internet.

As per Indian Express, she stated that such comments from Prime Minister Narendra Modi reveal his mindset about the women community. While talking to media, she said,

“There were hashtags like #Laugh like Surpankha, #Lol is a passe and #Laugh Like Renuka Chowdhury. I am a five-time MP and the prime minister draws a parallel of me with a negative character. But he forgets that the women today have changed and they know how to speak for themselves. This shows his mindset towards women.”

Renuka was speaking in a conference on gender in Panaji and here’s what she stated,

“If you are right, it resonates all over. That’s what is happening now…There is no rule on how and when. You laugh…and there is no GST on laughter. I don’t require permission to laugh after being a five-time MP. I have shattered the myth of being stereotyped.” 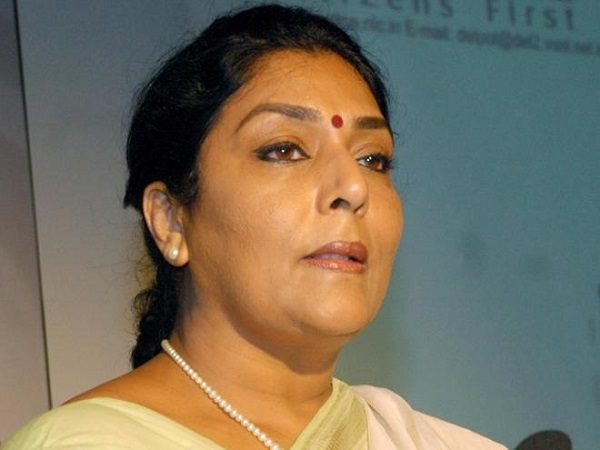 She also said that she will continue laughing in the future as well as she said,

“I had challenged the authority with my laughter. Parliament makes laws, but we need to educate the lawmakers on how to treat women as their equals and that they are here in their own rights. Parliament is a reflection of what our society is.”