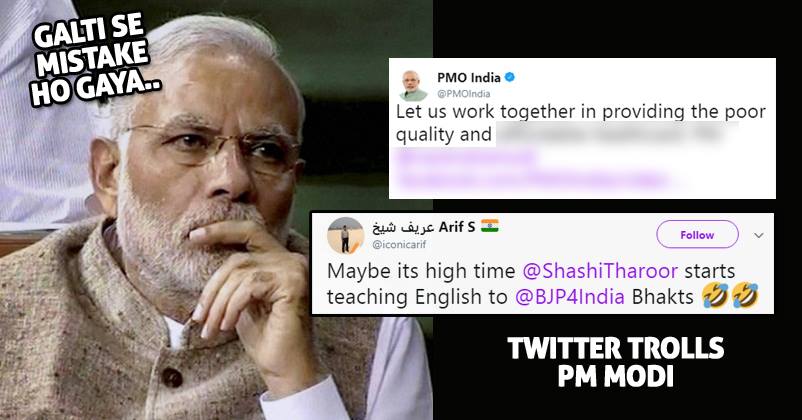 PM Modi delivered a power-packed speech in the parliament yesterday and social media users couldn’t help but discuss it on various platforms.

He directly attacked the Congress in his speech, which further gave rise to many controversies. The PM blamed Congress for coming in way of his government policies and also took several digs at them.

Yesterday, it was PM’s speech which was ruling Twitter, but today, it’s his grammar mistake that is trending. Today, the PMO handle tweeted about providing quality and affordable healthcare to the poor but one comma ruined it all. 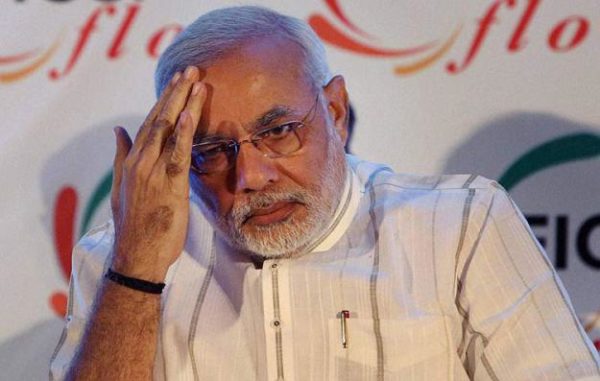 Due to the absence of just 1 comma, the whole meaning of the sentence got changed. It should have been “Let us work together in providing the poor, quality and affordable healthcare”

However, since there was no comma after poor, it was read as “Poor quality healthcare”. As soon as this tweet came to the notice of people, they brutally trolled him and started grammar lessons.

Not at all surprising!

Poor quality and affordable healthcare?! Not surprising at all. #PakodaEffect #PakodaGormint

Poor quality is guaranteed then….😂😂😂😂😂

It’s already reflecting in our day to day life

Sack whoever tweeted this!

Sack whoever wrote this tweet for you! Loool. Poor quality and affordable healthcare!!!!! No PM in the world makes such promises in their manifesto!

What did I just read?

What did I just read?? Poor quality and affordable healthcare??

now send him back to school

"POOR QUALITY and affordable healthcare" 😂
India never had such an honest PM, accepting the truth and clarifying his intentions with no hesitation at all 😂😜

Guess, they will have to delete the tweet because the trolling is too much.