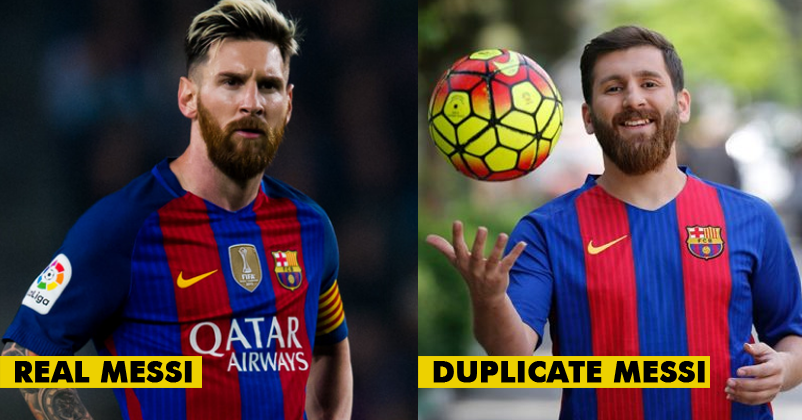 Argentina’s footballer Lionel Messi is the world phenomenon, thanks to his extraordinary skills in the football sport and of course, the killer looks. Fans are just crazy for him, so much so that they can do anything to come in his notice. He is an inspiration in football for uncountable people and there are many who try their best to copy his style statement.

However, recently an Iranian fan of Messi had to visit Jail for copying him.

The fan named Reza Parastesh is a clear lookalike of the Football player so when he adopted the complete style of Lionel Messi, people couldn’t spot any difference between them. Further, when he started posing for selfies with other fans of Messi and signing autographs, it resulted in mass hysteria and Parastesh was taken to police station. Also, his car was impounded to clear the traffic.

Iranian Reza Parastesh looks so much like Lionel Messi it nearly got him in jail after causing travel chaos as so many people wanted selfies pic.twitter.com/h16NMKo7vS

All this started when Parastesh’s father who is a great football fan put pressure on him into posing in a No. 10 Barcelona jersey and sending the pictures to a sports website.

“I sent them one night and by morning they had called me and said I should come in quickly for an interview,” Now he is fully booked with media interviews and has even got modelling contracts.

“Now people really see me as the Iranian Messi and want me to mimic everything he does. When I show up somewhere, people are really shocked,”

“I’m really happy that seeing me makes them happy and this happiness gives me a lot of energy,” Parastesh now wants to meet his hero and get a job as his understudy. This is what he said-

“Being the best player in footballing history, he definitely has more work than he can handle. I could be his representative when he is too busy,”

Now that’s really wonderful. Have you ever done anything crazy for your favorite star? Share with us in the comment section.

This Comedian From TKSS Has A Huge Role To Play In Making Ranbir Perfect For Sanjay Dutt’s Role!
Tamannaah Finally Speaks On Her Alleged Fight With Rajamouli! Slams Everyone Who Spread This Rumor!