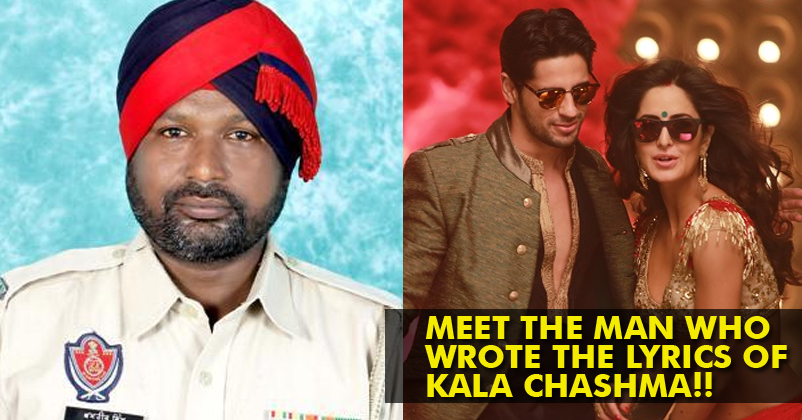 Katrina Kaif and Sidharth Malhotra’s Baar Baar Dekho is ruling the box-office, it’s entertaining the nation. The reviews of the movie are mixed, some call it an entertaining flick, praised the performances of the star cast, while some criticized the film calling it awful, a terrible time loop mashup of Groundhog Day & Click. The movie is doing a good business, the film has has collected Rs. 6.81 crore at the domestic box office on day 1. But it is not the film that everyone is talking about, it’s the hit “Kala Chashma” song that has captivated the entire nation, everyone is talking, singing and grooving along the KALA CHASHMA! For those who don’t know, Kala Chashma is the refined, reworked, and retuned version of the 90’s hit ‘Tenu kala chasma jach da eh’. This 90’s song is back in the market, this song is rocking everyone’s hearts, making everyone groove to its tune.‘Baar Baar Dekho’ brought this song back to life. But let me ask you a question, have you heard of Amrik Singh Shera? Your answer must be a definite NO! So let me tell you who is Amrik Singh Shera, he is a head constable in the Punjab police in Kapurthala. And now the things get more interesting, you won’t believe it, but Amrik is also the writer of the song.

No, I am not joking. Amrik Singh Shera, 43-years old Head Constable, a native of Talwandi Chaudhrian village near Jalandhar. He wrote this back in 1990, he is glad that his song has made it to Bollywood. Not even in his wildest dreams, he had imagined that his song would ever be featured in a Bollywood movie. He said,

“Two months ago, I got a call from one of my friends that ‘Kala Chashma’ was being played on one of the channels. I do not how I felt. I was happy but also shocked about everything that was happening.”

Amrik Singh Shera wrote this song when he was studying in the ninth standard, was only 15 years old. He approached many composers, singers with the song, but nothing happened. Then Amar Arshi (singer of the song) took the song ‘Kala Chashma’, he performed it at a function in England. A company there released the song in England and it became a huge hit.

Amrik claims that a Jalandhar-based Angel Record Company approached him four months ago, asking him for the other songs. They asked him to sign an agreement which he convincingly signed. They paid him only Rs 11,000 in return of the deal.

“I was told that a Mumbai-based company needed my song to be played at the inauguration of cement firm. I don’t know name of the cement company. No one told me that the song will feature in a movie.”

He has no hard feelings for anyone, the only thing that he wish would have happened:

“No one from the film industry called me to Mumbai during the music launch or screening of the film. I just wanted to go there and let everyone know that a person from a small village in Punjab has written the song.”

“He wrote the original song, and I was the one who sang the song in England. After that, it got famous.”

So guys what do you think about the song? Did you know the man behind the hit “Kala Chashma”? Share your views and opinions in the comments.

Dessert Lovers Are Gonna Fall In Love With This Cake Chef ! She Bakes Most ‘Unique’ Cakes!
Here’s How Karan Johar Is Giving An Edge To SRK In ‘Raees’ V/S ‘Kaabil’ Clash! Brilliant Tip