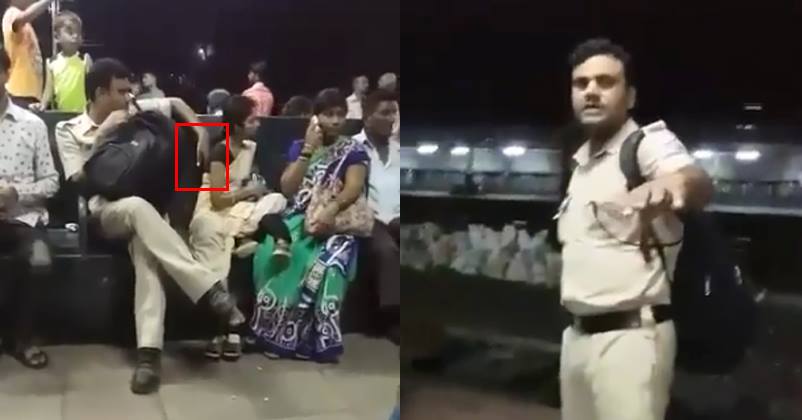 Crimes against women are increasing by leaps and bounds with each passing day and it seems that there is no place left in this world where women are safe from the devils who consider them merely an object of pleasure and can’t look beyond their body.

The more shameful and appalling fact is that not just common people but also policemen who have the responsibility of taking care of others are involved in harassing women.

A video is going viral on web and social media featuring a policeman trying to feel up a woman who was sitting beside him. As per the Facebook post, the shameful incident took place at Kalyan Junction railway station where the cop was recorded touching the woman’s back in the broad daylight in front of many people. 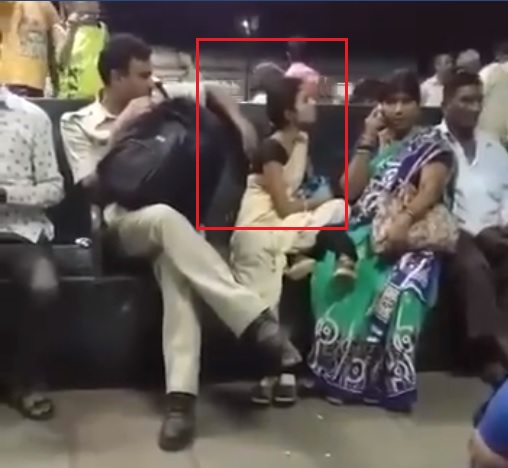 When few individuals observed him, one of them recorded his act on camera. The cop, holding his bag, was trying to act ignorant as his hand was wandering and touching her back. 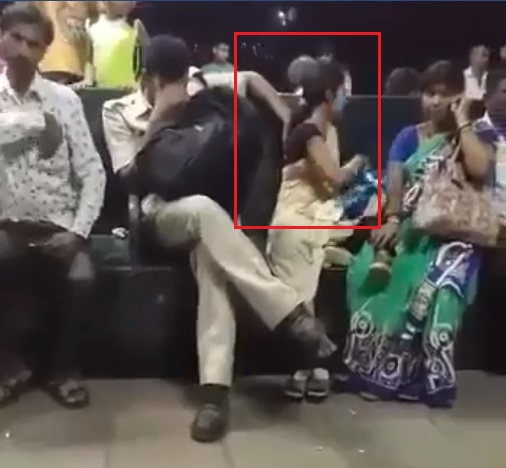 This was going on for long and when onlookers couldn’t tolerate it anymore, they confronted the policeman. People present at the railway station tried to teach him a lesson by threatening to file a complaint against him.

Even more amazingly, there was no reaction from the woman as if she was lost somewhere and couldn’t sense the cop’s touch; but how it is possible as she was neither sleeping nor thinking anything and looked to be pretty active. In fact, when mob started questioning the policeman and tried to catch him for reporting an FIR against him, she did not react or show any interest as if she had got nothing to do with what happened while others were fighting for her. People at the station also asked the woman as to why she was not reacting and taking an action.

A Facebook user Kundan Srivastava shared the video on the social networking site with caption,

“Shameful! A Policeman is trying to molest a woman at Railway Station.

When the protectors themselves become the devils, what can we say about common men? Disgusting! Strict action needs to be taken against the policeman so that it becomes a lesson for others and no one dares to repeat such acts. What do you say?

Auto Driver [email protected]@ted At A Pak Girl; She Played Smart & Taught Him An Unforgettable Lesson
Parents Recorded A Couple Making Out In Flight & Sent The Video To Daughter. It’s Super Viral Now