Pooja Hegde is undoubtedly one of the most beautiful actresses of the present times and recently she interacted with her fans online but she didn’t indulge in Q&A session and instead she carried out a “post a picture of” session in which she posted photos as demanded by her fans.

While there were many who asked for the pics from the sets of her movies, no make-up selfie, bikini pic, etc., there was a pervert who asked for her “naked” pic.

Some other actress would have got angry but Pooja is quite a cool headed girl and the response that she gave was simply epic. Pooja uploaded a photo of her feet with the caption, “nange pao” and this wonderful response had been appreciated a lot by the social media users. 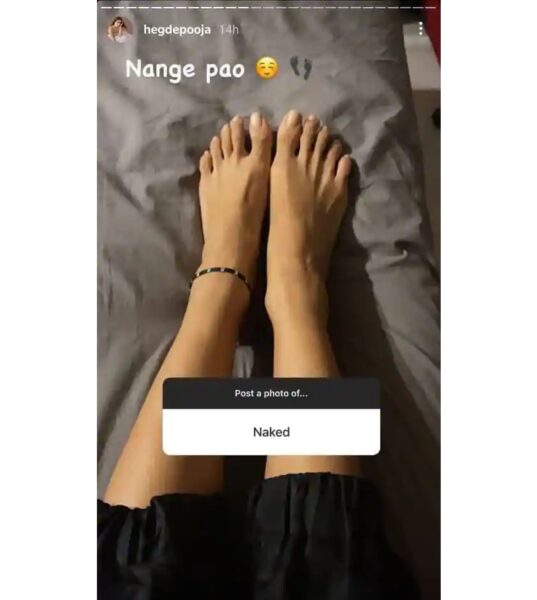 In the end of the session, Pooja thanked her fans and wrote, “That was fun! Thank you for all those responses. Tried to as many as I can, really searched through my photo book for this one! Muahhhh.”

Pooja made her debut in acting with Tamil movie “Mugamoodi” in 2012 and since then she has worked in quite a few southern language films. She made her Bollywood debut with “Mohenjo Daro” in 2016 opposite Hrithik Roshan but the movie was a big flop at the box-office. 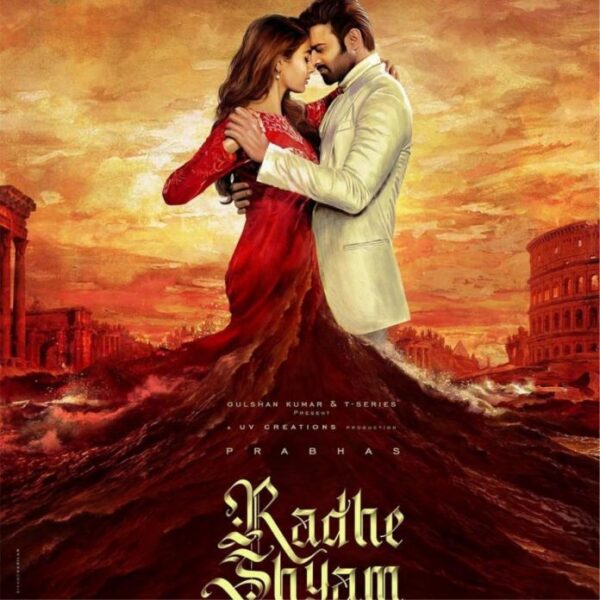 As of now, Pooja is working in Rohit Shetty’s “Cirkus” which is inspired from the Hindi movie “Angoor” and also stars Ranveer Singh and Jacqueline Fernandez. She is also a part of Salman Khan starrer “Kabhi Eid Kabhi Diwali” and Prabhas starrer “Radhe Shyam” which is being made simultaneously in Hindi and Telugu. Pooja has also signed two Telugu movies – “Most Eligible Bachelor” and “Acharya”.

That was a great response by Pooja Hegde! More power to you!