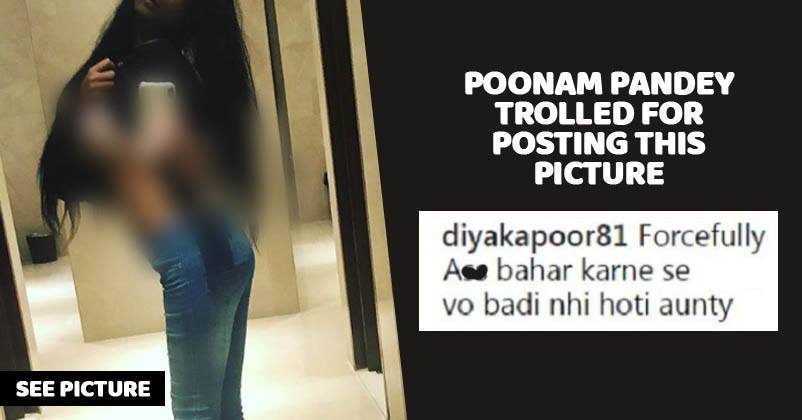 Poonam Pandey, the sensual model, is always known for her hot and bold photoshoots. She always takes to social media to flaunt her curves and make people crazy for her.

She never shies away from exposing her body; on several occasions, we have seen how she poses without any clothes and raises the heat. She is rightly called as the controversy queen because time and again, she creates some or the other problems.
However, guys die for her selfies and videos. Be it Valentine’s Day, Christmas or New Year, Poonam Pandey never forgets to treat her fans with something hot and spicy.

Recently, Poonam uploaded a pic in which she proudly flaunted her bra. She actually lifted her top so that people could see her bra. Not only this, she posed in such a way that her hips could be highlighted.

After seeing it people trolled her left and right. Some called her a “Junglee Billi” while some called her a cheap lady. You can’t miss out the vulgar comments that flooded on her photo.

So, what do you have to say about her latest picture?

If Avengers: Infinity War Was Made In Bollywood, This Would Be The Star Cast
Anushka’s Special Post For Virat After Yesterday’s Win. This Is What She Told Him