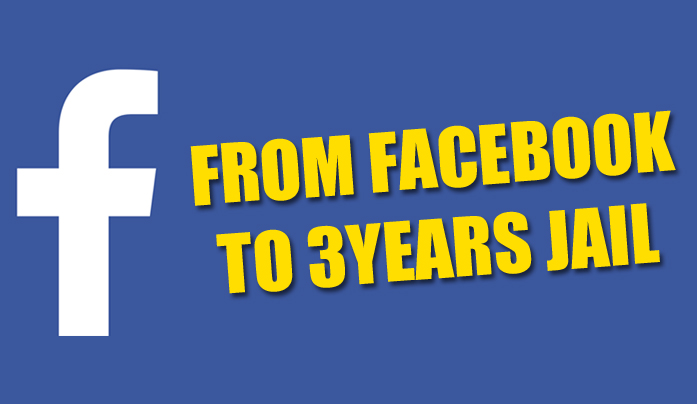 11th Class student today in Barely, Uttar Pradesh was arrested for allegedly posting a fake comment on Facebook, where he portrayed himself as Samajwadi Party Leader & Cabinet Minister Azam Khan. The student was charged under section 66A Under IT Act following a complaint by Fasahat Ali.

In a statement to Police Mr. Ali said that the person has posted a comment which was detrimental to both Hindus & Muslims and also defames the image of Mr. Azam Khan.

Section 66A under the Information Technology Act 2000 relates to Punishment for Transmitting Offensive Messages through any communication service etc. Any person who is found guilty under the said act shall be punishable with an imprisonment which may extend to three years and fine.