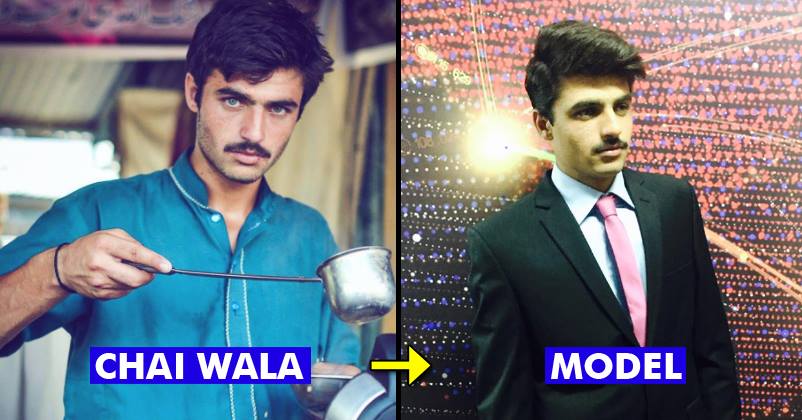 The photo of that blue-eyed Pakistani chaiwala had gone viral over the internet. Social media users had gone crazy seeing his awesome looks and actor-like personality. Finally, his identity has come to light; he is not Nasir Khan (As mentioned by some people) but is Arshad Khan from Khyber Paktunkhwa’s Mardan City. This 18 year old has become extremely famous in a day! Since the time his photo went viral, around 50-70 girls visited his tea stall, in a bid to take selfies with him.

Jiah Khan, the one who took and shared Arshad’s photo said that he had no issues whatsoever in working in the film industry. And guess what, Arshad’s photo has made him achieve new heights of success. Yes, finally, he has received a modeling contract from fitin.pk, the 1st online store based in Islamabad, isn’t it amazing? Fitin has appointed him as the model and I am sure he would do justice to this role.

Fitin announced its association with Arshad through a Facebook post and the caption read that “Chai Wala is no more Chai Wala, no he is fashion wala’. This must have indeed been a dream come true for Arshad. The company also posted some modeling pictures of his; have a look…

This is called overnight success! Girls are dying to take pics! Everyone is crazy for a selfie with him! He is super lucky, don’t you think so? Who gets so much success overnight! Have you come across some similar experiences? Do share with us in our comments section below.

Prince Narula Made His Relationship Public! You’ll Be Amazed To See His Lady Love…
What Is The Significance Of ‘Wood’ In ‘Hollywood’ And How ‘Bollywood’ Got It’s Name