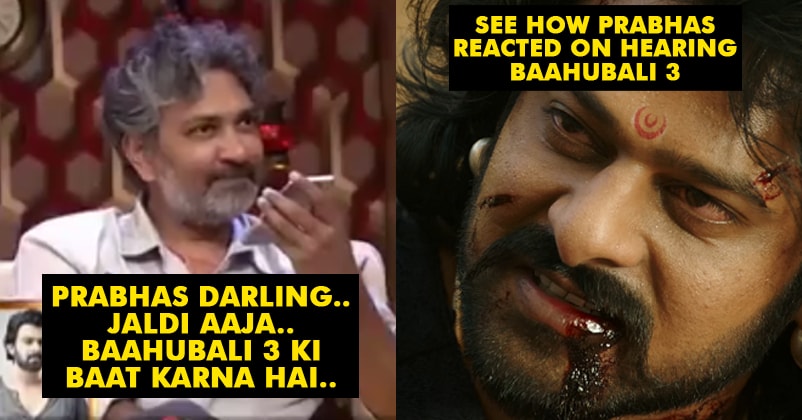 Baahubali series has seriously raised the levels of Indian cinema and the audience wants to see more films like this now. After the tremendous success of Baahubali 2, there have been many speculations about the making of Baahubali 3. However, it’s not easy for the team, who have put extraordinary efforts and have gone through great pain in the last 4-5 years to craft each part of the series. Well, we can understand the pain of Prabhas, as he is the one who gave his everything to the character of Baahubali. Now that he is shooting for another film Saaho, Rajamouli’s mention to Baahubali 3 would’ve given him a shock indeed.

His reaction was indeed priceless and left Rajamouli and host Rana Daggubati in splits.

You can also watch the video directly on Facebook.

What do you think of this? Do you want them to make Baahubali 3?

Finally Some Good News For Kapil Sharma! This Comedian Has Joined TKSS Once Again!
Indian TV Shows At Their Worst! After Saas-Bahu Drama, They’re Showing Love Story Of A Kid & Woman!