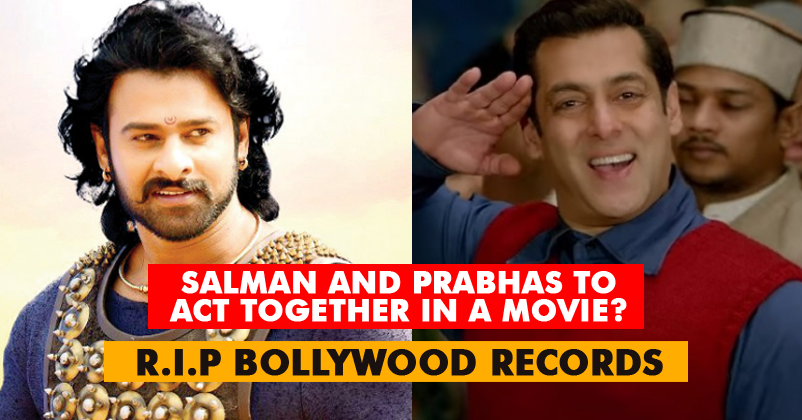 After the epic success of Baahubali 2, Prabhas has become one of the best bets for filmmakers. The superstar, who is currently shooting for Saaho, is getting lots of film offers every day. Among all this, we hear that Bollywood’s Blockbuster machine Rohit Shetty is planning to have Prabhas in his next film. Now that’s really big, right? Wait, it’s set to be even bigger. As per a DNA report, Rohit Shetty wants his upcoming film to compete with the likes of Baahubali 2 and so, he has decided to cast Salman Khan along with Prabhas in lead. Salman + Prabhas is going to be a deadly combination at the Box Office and will have a pan-India appeal. Don’t you think? But wait, as the things are not finalized yet and even if it gets fixed, the film cannot start until Prabhas completes Saaho and one more movie he has signed. Also, Salman Khan has film with Remo D’ Douza & Dabangg 3 lined up after Tubelight & Tiger Zinda Hai. Meanwhile, there was also news that Karan Johar wanted to give Prabhas his big Bollywood debut but nothing was confirmed. However, with this news, we really hope the things fall into place and the audience gets to experience the “Entertainment Ki Bahaar” when the combination of Salman & Prabhas set the screen on fire.

Big B Wished Sonam But She Didn’t Reply! He Left An Angry Tweet After Which She Had To Apologize!
Kapil’s Ex-Team To Join Krushna’s New Show On Sony TV! Bad Days For Kapil Ahead!