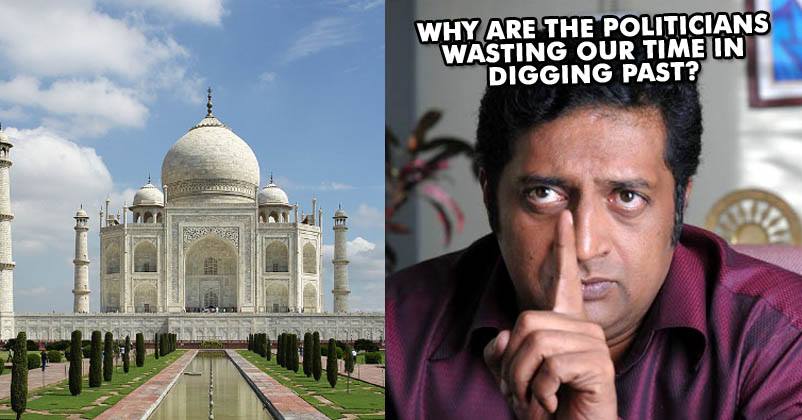 The talented actor Prakash Raj has once again slammed the politicians and this time, he has asked them a question as to why they are wasting public’s time because of those events for which people of today are not even responsible. 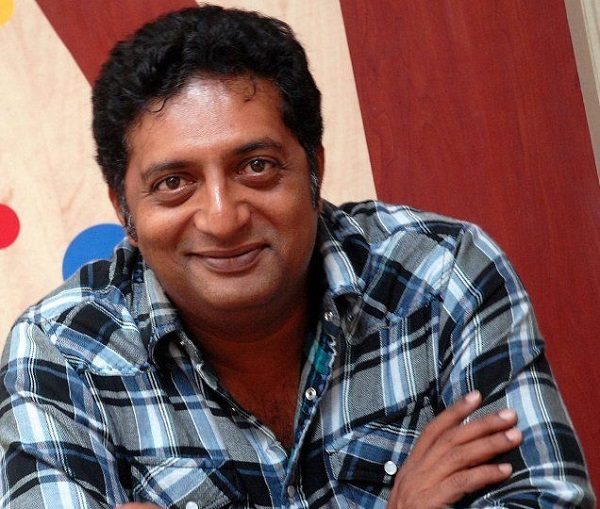 The National Award winning actor created a controversy when he called Indian Prime Minister Narendra Modi a bigger actor than him as Prakash Raj was upset with the fact that PM Modi didn’t speak on the murder of journalist Gauri Lankesh.

Prakash took to Twitter to question the leaders as to why they are focusing on Taj Mahal and Tipu Sultan rather than concentrating on the issues which hold more importance such as lack of jobs, poor condition of farmers, etc. He didn’t take anybody’s name but he bluntly accused the politicians of creating hatred on the matters for which the present generation is not at all responsible.

Prakash tweeted this note with caption, “The ones of the past have lived,paid ,n gone with their #karma.why r WE fighting on speculations of the #marma of their karma..#justasking”

“To whomsoever it may concern

Why are you POLITICIANS WASTING OUR TIME digging history #TippuSultan #TajMahal and creating hatred for which WE THE LIVING are not responsible.. #justasking” 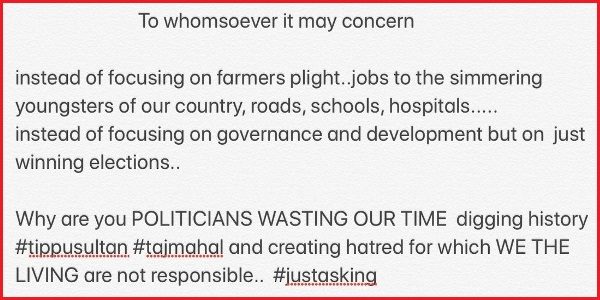 The ones of the past have lived,paid ,n gone with their #karma.why r WE fighting on speculations of the #marma of their karma..#justasking pic.twitter.com/TazYUOqekR

Controversy over Taj Mahal started when BJP MLA from UP, Sangeet Som, called it a blot on Indian history and the politicians of Karnataka are divided on the matter of celebrating Tipu Sultan’s birth anniversary on 10th Nov.

On one hand, the Congress party is hell-bent on celebrating the birth anniversary of “Tiger of Mysore” and on the other, BJP called him a “tyrant” and accused him of hanging many Tamil Brahmins in his capital city Srirangapatnam because Tipu Sultan considered them as spies. It is also said that it was Tipu Sultan only who destroyed Kodagu and Mangaluru.

You r absltly right sir. In India, instd of makng India develpd, they make issues. Issues which are not fruitful at all. #cheatersNtLeaders

Your tweets giving sleepless nights for blind bhakts.. we are with you sir

Well said sir, why they are creating unnecessary issues with unrelated people, is that for self gain?

And someone gave an answer to Prakash’s question:

Exactly..if Marma of their Karma is not known then why celebrate that Karma as Dharma #justanswering

There were few who criticized him as well:

Please be genuine and natural. Why are you not opening your voice against congress or other parties ? YOU ARE BIASED.

A jibe at Gauri Lankesh:

Sir please read ur statement, isn't it true for Gauri Lankesh as well…

Prakash Raj has earlier spoken on the Mersal issue as well and when a politician remarked that people from the film industry have low IQ, he asked whether people now want entrance exams to find out who is qualified to make movies.

There is no doubt that issues of today are more important and politicians should be concerned for the development of those who are alive rather than those who are dead.

Another Fake Baba Caught! Nanjeshwar Swamiji’s Clip In Awkward Position With Actress Going Viral
Bollywood Style Story. He Loved A Girl And To Get Her, He Faked Flight Hijack