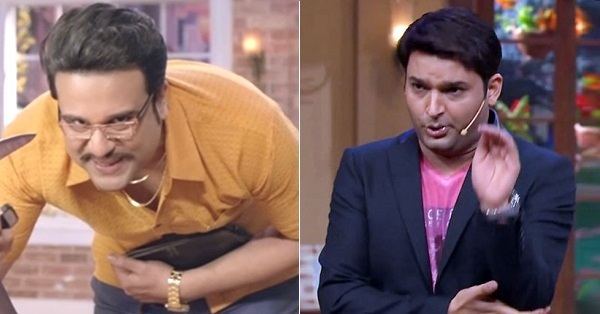 There have not been many days when Krushna Abhishek in an interview claimed that Kapil Sharma felt insecure of the new reality show called Comedy Nights Bachao and that’s why he decided to put a stop to Comedy Nights With Kapil. This all took place when Kapil’s CNWK wrapped up and Comedy Nights Live took its place. Later, CEO of Colors TV Raj Nayak too spoke up on the matter and revealed the real reason as to why CNWK went off air and they had to replace it with a new reality show.

“He started renegotiating and asking for more money which we gave, but the more important and worrying thing was that he violated his contract by hosting shows on competitive channels in spite of having an exclusive contract with Colors for TV, which we felt was not ethical” as revealed by Raj Nayak

“Film stars do integration for movies and want to be on non-fiction shows that rate well. We would encourage stars to appear on both shows. Kapil’s insecurity or those of people around him was when the problem began,” he further added.

Raj Nayak added, “We didn’t do ‘Comedy Nights Bachao’ by choice. Instead, we requested Kapil not to make his show once a week as it was financially not feasible to us. He said he is busy with movies and doesn’t have the time. He did not give us a choice and made his show a weekly and in the process, also doubled his fee. He ensured his personal remuneration didn’t suffer, but caused a big financial loss to us.”

Even though Kapil has not stated any word with regard to it, Preeti Simoes, CNWK’s creative director, slammed Colors as well as Krushna Abhishek for false allegations.

As told by her to an online portal, “He has made such immature statements. Why will Kapil Sharma feel insecure of Krushna? It is as simple as that. Just because you want to put yourself in Kapil’s category, you are drawing those comparisons.” She further said in an angry tone, “Kapil came from Comedy Circus. Comedy Circus shut down he never said anything. About Comedy Classes too he never said anything. Then Comedy nights Bachao came and even though they were not number one or even in that category, they started announcing we are number one and have the highest TRPs and all that. You see they have come for strong reasons. Their prime reason should be to make people laugh. Their reason should not be to put someone down or look better or make people feel we are in the same category.”