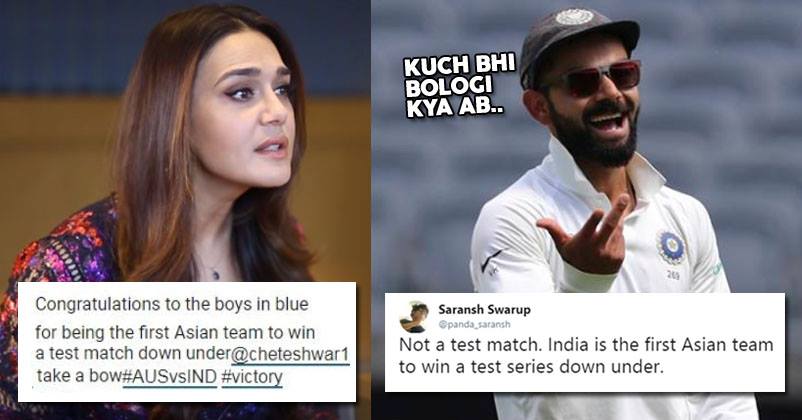 India scripted history by winning their first ever test series against Australia in the land down under. And naturally, congratulatory messages and tweets started pouring in.

From the President to Mitchell Johnson, everyone wished the team on Twitter. And so did Preity Zinta. But unfortunately, she made a tiny error. 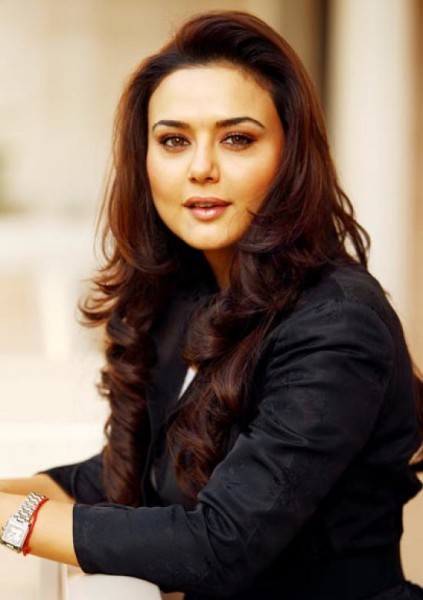 Did you spot the error? India is not the first Asian team to have won a test series in Australia. They are also not men in blue. This was a test series, so they were in white. Of course, this meant that she got trolled badly.

Test series to be precise

Not a test match. India is the first Asian team to win a test series down under.
🙏🙏🙏🙏

@realpreityzinta
And another correction, boys are not in blue (this is not one day series), they are in white 😊

But then again, mistakes do happen. There’s no reason to mercilessly troll her like this:

Miheer – Agree that Preity Zinta made a small mistake in above tweet. But we all make mistakes and just being a Celebrity does not deprive Preity her right of making such errors. It's not ACCEPTABLE to address her as Half-Knowledgable as she is quite Intelligent woman & an actor.

Disha Patani Posts Sizzling Hot Picture On Instagram,Netizens Are Going Crazy About It
Elon Musk Tweets A Hilarious Meme About Aliens,Twitter Is Loving It.