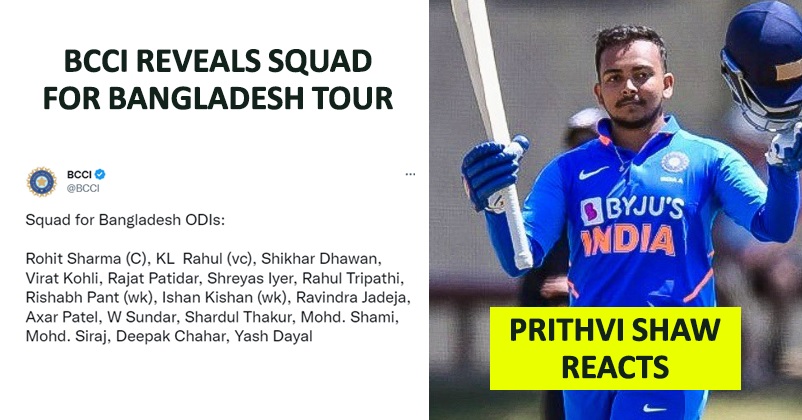 The Indian cricket team under the leadership of Rohit Sharma is currently taking part in the ICC T20 World Cup 2022 which is being played in Australia as of now and in the 3 matches that it has played, India has won two matches against Pakistan and Zimbabwe and lost one against South Africa. Yesterday the Board of Control for Cricket in India (BCCI) announced the team for the New Zealand and Bangladesh tours where India will be playing ODIs, T20Is and test matches and the most notable omission was of young cricketer Prithvi Shaw. 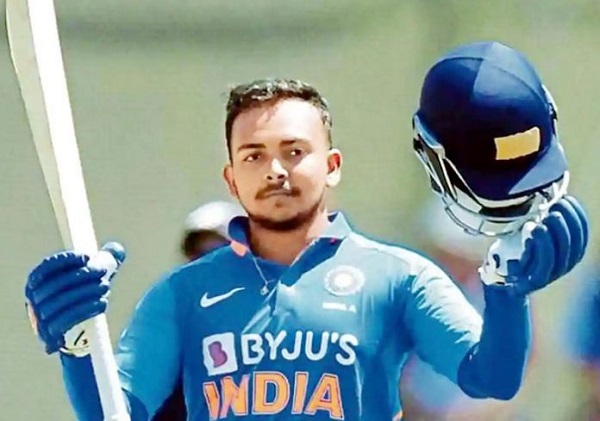 Prithvi Shaw wasn’t able to find place in the 4 squads announced by the Indian selectors despite the fact that he has performed pretty well in the domestic circuits in the recent past. He last played for the country in July 2021 when the Indian team toured Sri Lanka for ODI and T20I series.

The Mumbai cricketer was in superb form during the 2022-23 Syed Mushtaq Ali T20 Trophy as he scored his first T20I century (134 runs, 61 balls, 13 fours, 9 sixes) in a match against Assam which was played at the Saurashtra Cricket Association Stadium, Rajkot. He has also played many good knocks for his team Delhi Capitals (DC) in the IPL tournament. 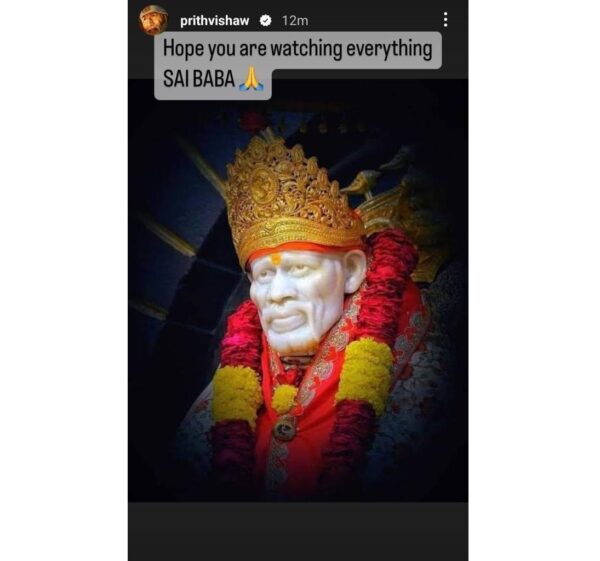 Prithvi Shaw was clearly disappointed with this snub and expressed his unhappiness with a post that he made on his Instagram story. He posted a photo of Sai Baba with the caption, “Hope you are watching everything Sai Baba”.

Talking about Prithvi Shaw’s omission, the chief Indian selector Chetan Sharma has stated during the virtual press conference that the selectors are in regular touch with the Mumbai cricketer and he will certainly get what he deserves but at the moment, the selectors need to give chances to other cricketers. 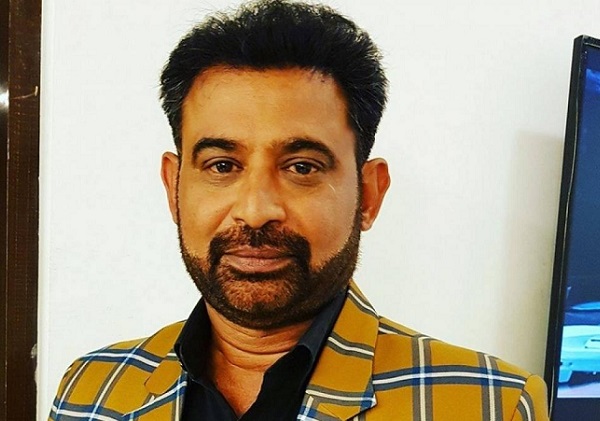 The Indian skipper Rohit Sharma and cricketer Virat Kohli have been rested for the New Zealand tour and in Hitman’s absence, Hardik Pandya will be leading the T20I team while Rishabh Pant will be the vice-captain of the team. Shikhar Dhawan will be back as the skipper for ODIs and Pant will be his deputy.

Hopefully, Prithvi Shaw will get his due soon!