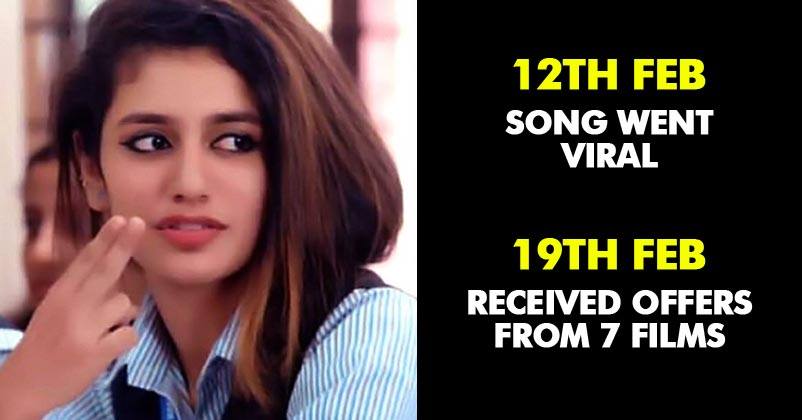 Priya Prakash Varrier took the Internet to storm and even sakht launde sighed when she winked. She’s among the very few stars who got popularity and huge fan following overnight.

Fans couldn’t overcome the charm of her wink and another video in which she was seen shooting flying kiss to the actor released and went viral.

It’s quite natural for Priya to be flooded with film offers post the two videos from her upcoming movie entitled “Oru Adaar Love”. She has undoubtedly looked damn cute and has just slayed it with her killer expressions. It won’t be wrong to say that she’s all over social media and fans are eagerly waiting to see more of her.

This is undoubtedly no less than a dream come true for a newcomer who has still not completed her studies. There are many who wish to be blessed with such fame but what’s surprising people is that Priya is continuously rejecting big offers from various industries and different filmmakers. According to reports, she has said NO to seven offers in past few days.

People are wondering about the reason because she has expressed desire to work with King of Romance SRK, Ranveer Singh and Sanjay Leela Bhansali. Taking into consideration the same, she must have a solid reason for rejection and she definitely has. 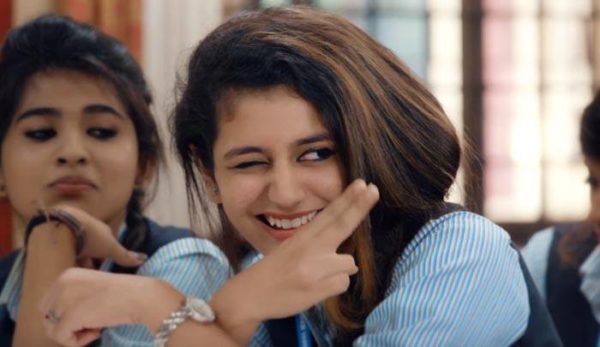 Here’s what Priya revealed on her social media page,

“At the moment I’m getting a lot of offers from various industries. I would not be able to do any other films until August as we have not completed Oru Adaar Love yet.”

Well, she knows her priorities and that’s the quality of a good actress, isn’t it?

Priya is pleased to know that people are welcoming new faces because our country is a mine of talent and if people get a chance to showcase their skills, they can certainly do big. She also gave the credit of her fame to Omar Lulu, director of “Oru Adaar Love” for giving chance to her.

We wish her luck for all her future endeavours.