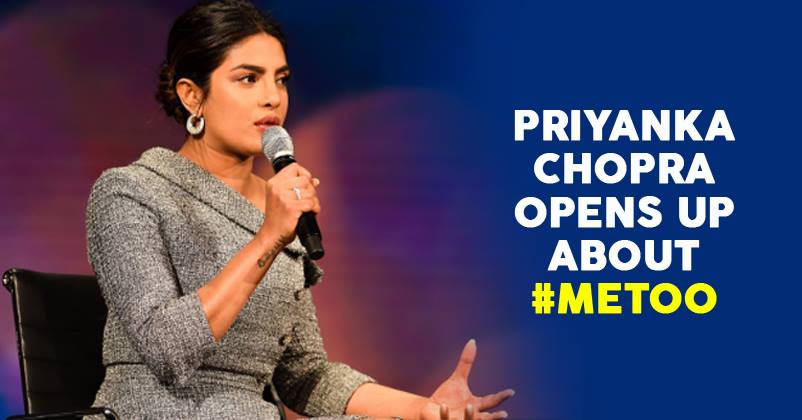 Priyanka Chopra Jonas is leaving her mark and making it big in Hollywood. Recently the desi girl was invited to the 10th Annual Women In The World Summit 2019, she was interviewed by none other than Tina Brown.

In conversation with Tina Brown, she revealed about her grand wedding with Nick Jonas also disclosed how she fell in love with Jonas. She also spoke about women empowerment and the actress first-time publically spoke about the #METOO movement.

Peecee said she feels extremely proud that now women are brave enough to come out and speak about their traumatized experience. She also disclosed that she has faced sexual harassment and feels she isn’t alone.

So proud to share the stage with the incredible women who took the stage before me and after me at @womenintheworld. Your game changing work is shaping the world and moving the much needed needle for women. I applaud you and feel proud to have had the opportunity to share this platform with all of you. #TinaBrown, Thank you for having me. #WITW

In the summit, she said, “Now because of the support we’re giving each other, people don’t have the power to shut us down”.

When the ‘Quantico’ actress was particularly asked if she has ever faced sexual harassment Priyanka gave a deadly response to it “everybody in this room has faced has at least faced once as it has become a norm for women”.

Peecee also said “We always had a voice. Just nobody heard us. Now because of the support we are giving each other, nobody can shut us down. And that is an incredibly powerful thing to see. Now if I have a story I don’t feel I am alone anymore – and I am not ashamed about it.”

On the work front, our desi girl discussed about her future plans and she gave some hints that she has plans to organize a Bollywood kind of production for the audience of the west. Bollywood elements like singing, dancing and drama. She said, “give me another one and a half year, I have a lot up in my sleeve.”

If you missed the interview here it’s for you :