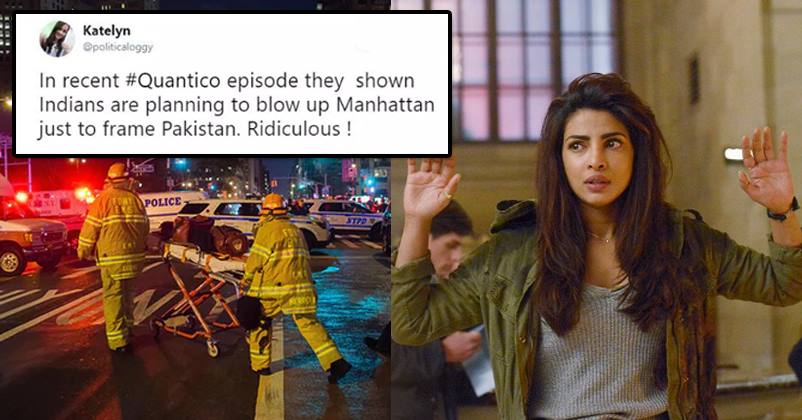 Priyanka Chopra’s Quantico has been making headlines on social media but not for good reasons.

There have not been many days when netizens trolled the actress as Quantico’s fourth season is cancelled due to low ratings and now one episode from the show has invited wrath of Twitterati on the part of makers and Priyanka. 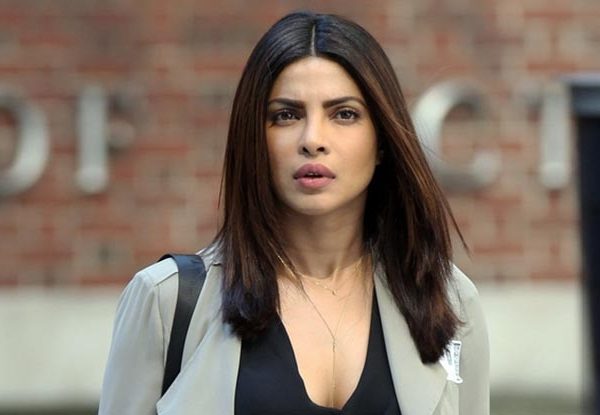 It so happened that the recent episode of Quantico showed Indian nationalists planning an act of violence in Manhattan so that they could put the blame on Pakistan for this.

India can never take a step like this and showing India in a poor light has made people angry. They are slamming the makers and especially the actress for doing anything for money.

In recent #Quantico episode they shown Indians are planning to blow up Manhattan just to frame Pakistan. Ridiculous !

What kind of stupid ass episode is this?? Indian nationals trying to frame Pakistan #Quantico pic.twitter.com/o097ecDETF

What the hell was this episode of #Quantico .. they tried to show ‘Indian nationalists’ (their term) trying to blow up Manhattan to frame Pakistan.. I don’t even know what sort of ridiculous narrative was this episode trying to set.. nonsensical stuff..

#Quantico playing India-Pakistan Game and Priyanka Chopra finds a Rudraksh! Seriously home grown things are shown on international level with Indian narratives. This is something which shivers our nerves.

#Quantico .. the episode show ‘Indian nationalists’ trying to blow up Manhattan to frame Pakistan, what sort of ridiculous narrative was this episode trying to peddle.
Thanks @priyankachopra You Are Best.@UnSubtleDesi @jgopikrishnan70 @RubikaLiyaquat

Thw sickness to which @priyankachopra would fall for money isn't limited to side with murderous Rohingyas but the lady ready to accuse her own country in last episode plot of Quantico of "Planting Nuclear Bomb in US". Bravo … You became a liberal bastard

I can't believe #Quantico brought up the Kashmir and relationship issues between India & Pakistan this way. Makes me laugh more than anything. Also they're walking with a nuclear bomb in hand in the middle of Nyc and not scared it might blow up???

If it was anyone else doing #Quantico I would've probably ignored the plot and the whole series, like it never existed for me.. but it's our very own desi girl #PriyankaChopra playing cop and catching Indian guy for framing Pakistan? @priyankachopra not cool 🙁

@ask0704 I don’t follow #Quantico and after reading this, I am glad that I don’t follow it. For people like @priyankachopra money is the only ideology,and they will do whatever it takes for it.

Did you watch the episode? What do you have to say in this regard?

On the work front, Priyanka will be next seen in Salman Khan starrer “Bharat” that will be directed by Ali Abbas Zafar and hit theatres in June next year.

Veere Di Wedding First Weekend Collections Out. It’s Close To 50 Crore
Salman Danced His Heart Out In A Reality Show. People Trolled Him, Saying He Was High On Weed