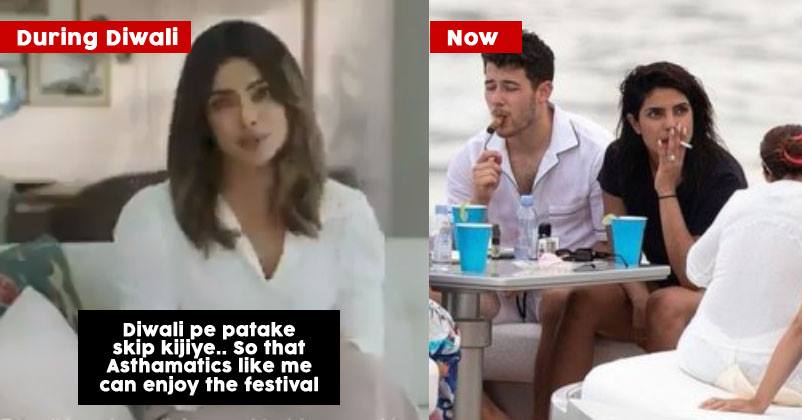 Priyanka Chopra is always in the limelight for one thing or the other. A few weeks ago Salmaan continuously belittled her for saying no his film Bharat because she was supposed to get married. And now she is in the news for her ‘hypocrisy.’

As Priyanka turned a year older on this July 18th, she celebrated her birthday with her hubby Nick Jonas and mother on a yacht in Miami. A picture of Madhu Chopra, Nick and Priyanka went viral but for all the wrong reasons. Madhu and Nick were seen smoking cigars, and Priyanka was seen smoking a cigarette.

Last year Priyanka released a video, during Diwali, saying that bursting crackers made her asthmatic.

Fans also dug out an old tweet from her Twitter that said she hates smoking and it is ‘yuck’!

This did not go well with our desi’s, see how they reacted :

Ok..we are getting there