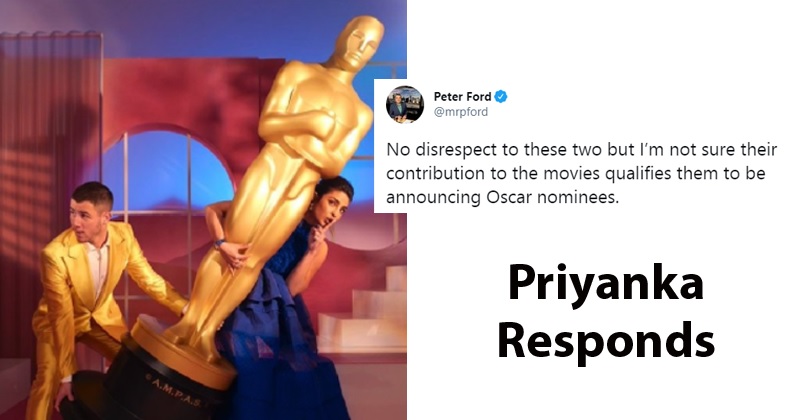 Priyanka Chopra Jonas may be known as Desi Girl among her fans but she is among the few Indian actors who have also established themselves at the international level and has become a much known name across the world. She was last seen in “The White Tiger” which is based on the Man Booker Prize winning novel of the same name authored by Aravind Adiga. The movie was streamed on Netflix and it was written and directed by Ramin Bahrani. Priyanka not only acted in the film but she also produced it. Well, the gorgeous actress is on cloud nine as her movie has got nominated in the Oscars 2021 under the Best Adapted Screenplay category. 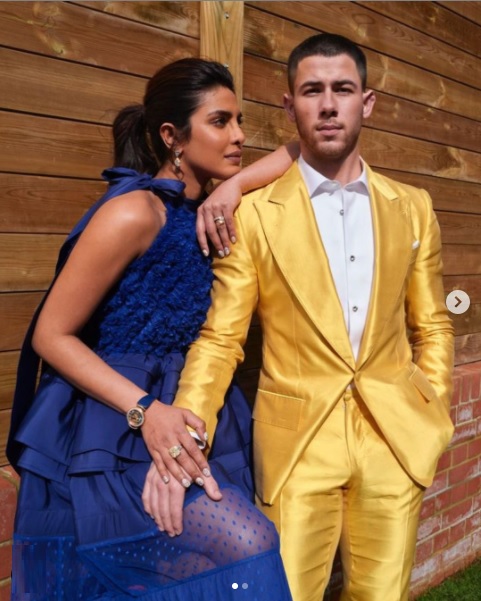 Recently Priyanka Chopra Jonas along with her hubby Nick Jonas announced the Oscar nominations and it was certainly a moment of happiness for her and her fans. Nick took to his official Instagram account and made a post in which he is seen posing with his pretty wife. 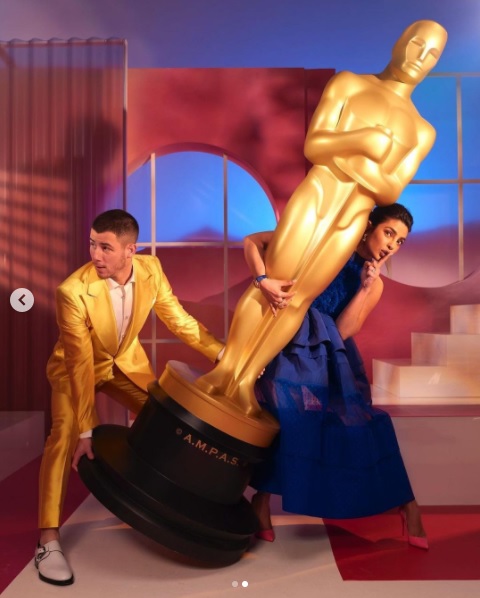 He captioned the post, “So I got to announce the #OscarsNoms this morning with this beautiful woman, who also happens to now have produced and starred in an Oscar nominated film (The White Tiger). Congrats to all the nominees. I’ll be watching on April 25th.”

However, an Australian entertainment journalist Peter Ford seemed to have a problem as he felt that they both did not deserve to get this opportunity. He took to his Twitter account and wrote, “No disrespect to these two but I’m not sure their contribution to movies qualifies them to be announcing Oscar nominees.” 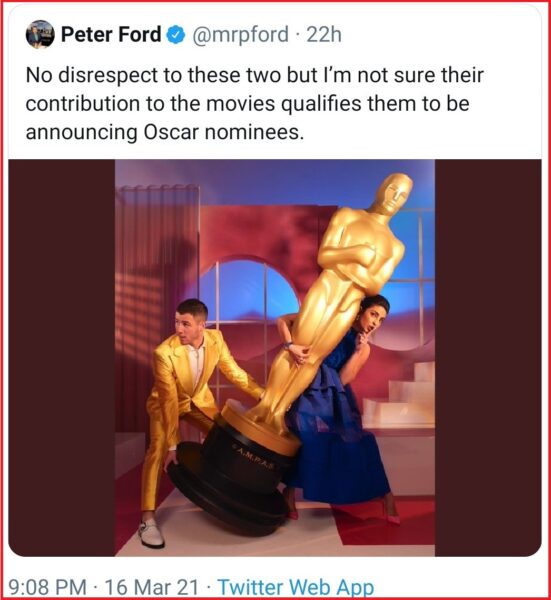 While responding to another Twitter user, Peter Ford also wrote that they both may have successful careers but they have nothing to do with the movie business. 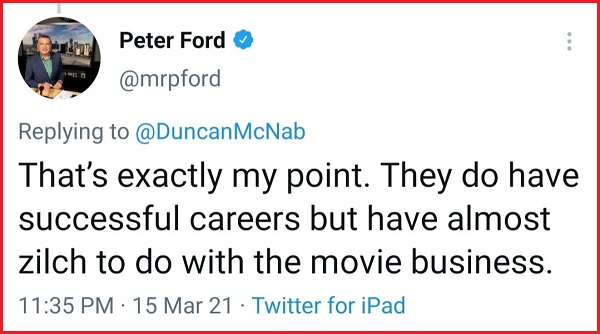 The “Bajirao Mastani” actress also took to Twitter and shared her complete IMDb page in a tweet in response to Peter Ford with the caption, “Would love your thoughts on what qualifies someone. Here are my 60+ film credentials for your adept consideration @mrpford”.

Would love your thoughts on what qualifies someone. Here are my 60+ film credentials for your adept consideration @mrpford https://t.co/8TY2sw1dKb pic.twitter.com/T8DnQbtXZG

Till now, Peter Ford had also attracted the attention of Priyanka Chopra’s fans and one of them asked Ford whether he had watched Priyanka’s acting in “Barfi”. While answering the fan, Peter Ford agreed that Priyanka’s credits are extensive and he had no idea about them but he also added that her contribution to Hollywood is minimal. He further asked about eligibility of Nick Jonas and said that though Priyanka is a very successful woman, he still feels the same and there is nothing personal about it. 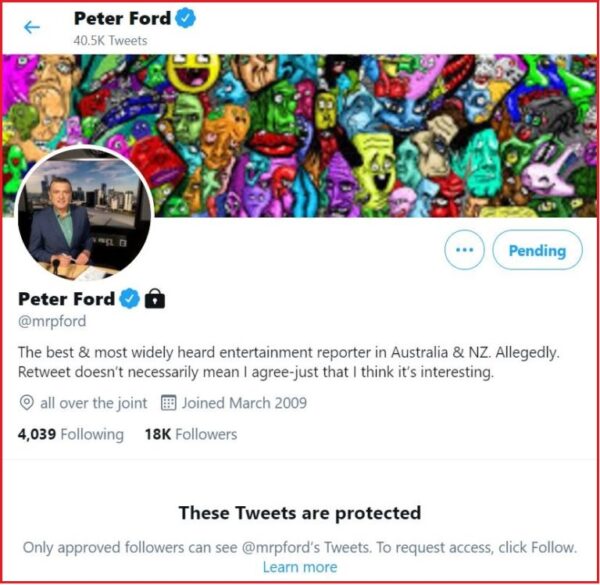 Soon, Peter Ford changed his Twitter account settings to protected and but there were some who took the screenshots:

In one of the tweets, Peter Ford also talked about the trolling that he got from the Indian fans of Priyanka: