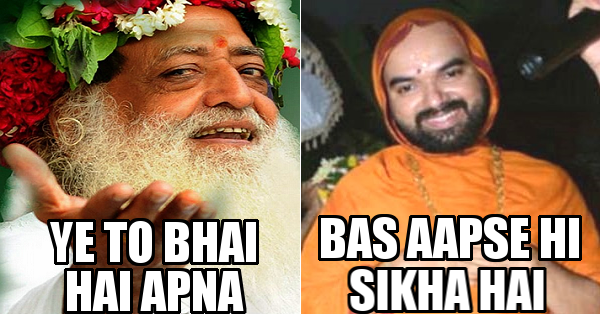 A famous saint, Raghaveshwara Bharati Swami has been chargesheeted in a rape case by the court in Karnataka. The case has been registered by a lady who used to be a singer in the saint’s group at Ramachandrapura Mutt in Shivamogga district.

As per sources, a charge sheet which has six volumes, consists of 1340 pages, in which statements of 151 witnesses has been recorded was submitted to First Additional Chief Metropolitan Magistrate by the Criminal Investigation Department.

The saint has been booked under IPC sections 376(2)(N), which deals with repeated rape and 508, which deals in an act caused by inducing person to believe that he/she will be rendered an object of the divine displeasure, among other sections.

As per the information received from the sources, the court has been provided with the report of Forensic Science Laboratory and the material evidence pertaining to the case, the probe in the case will continue.

The saint has been accused by the lady of raping her many times at different locations, one of which is the Mutt’s branch. Earlier the lady and her husband were taken into custody by the Honnavar police in August last year on the charges of blackmailing the saint.

One more lady has filed a physical harassment case against the saint and alleged that he has raped her.

Lalitha Kumaramangalam, Chairperson of National Commission for Women was in Bengaluru on Tuesday and seemed very upset with the delay happening in filing of charge sheet against the saint, who is now out on interim bail.

Lalitha Kumaramangalam, met both the ladies who have filed complaints against Raghaveshwara Bharati Swami, she said, “In this case, unfortunately, political will does seem to be lacking.”

What is your opinion with regard to it? Share your views about the article in the comments section below.