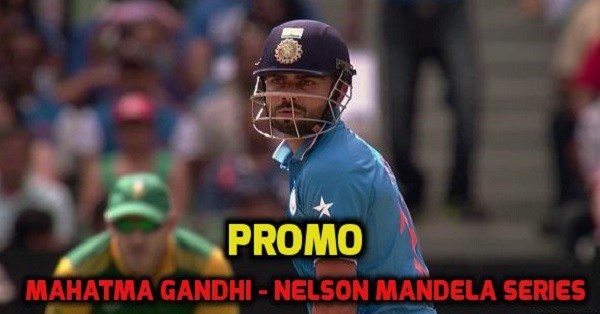 The series of India vs South Africa starts from October 2nd i.e. on the Birth Anniversary of Mahatma Gandhi. BCCI and CSA confirmed that all future Series between India and South Africa are called as Mahatama Gandhi – Nelson Mandela Series. And the Test Series of the Present tour between these two countries will be fought for “Freedom Trophy”. The Present series consists of 3 T20I’s , 5 ODI’s and 4 Tests.

As the series is starting very soon, keeping this in mind Official Cricket South Africa released a Promo regarding the same. The video is a rich tribute to the Cricket History between the two countries. It starts off with South African Players thanking India for their First ever participation in Cricket and continues with some famous matches and individual performance including Sachin Tendulakr’s First ODI Double Hundred.

Check Out the Video Here: