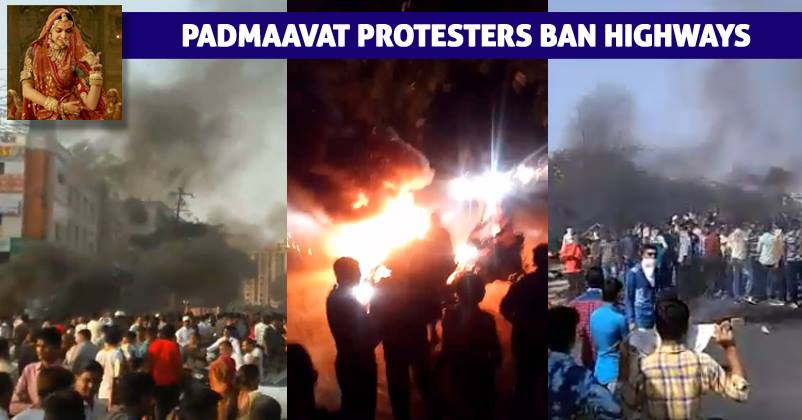 Protests against the release of Sanjay Leela Bhansali’s “Padmaavat” are getting intensified now and the protesters have now taken to the road for protesting against the flick. 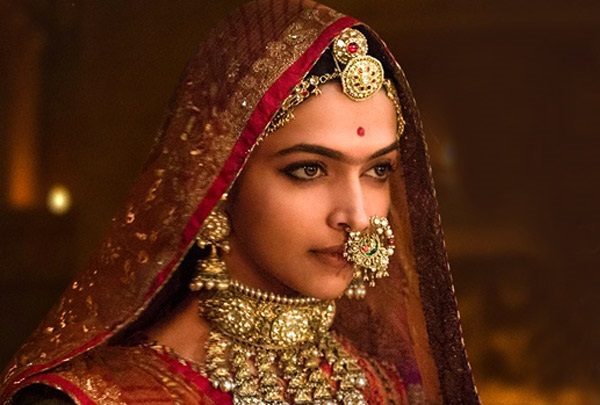 The videos of protests are going viral on social media networks, showing the protesters from Gujarat blocking the highways by damaging buses and burning them.

Check out another video:

The members of Rajput Karni sena had already issued warning for the cinema hall owners that they will have to face dire consequences if they screen the movie in their cinema halls.

The movie which stars Deepika Padukone, Ranveer Singh and Shahid Kapoor in the lead roles has been in the centre of controversy from the very beginning. Not only the sets were vandalised but the director was also manhandled. And now the Rajputs have decided to ban Sanjay Leela Bhansali from shooting in Rajasthan ever again.

Maintaining the law and order will be a big problem for the state governments as the date of the release will approach near. It will be interesting to see how state governments manage the issue. What do you say?

Katrina Kaif’s Sister Isabelle Is All Set To Make Her Bollywood Debut And We Can’t Wait Anymore
Welcome To New York Trailer Will Give You A Laughter Ride. So Many Big Stars In One Comedy Film