Shah Rukh Khan is certainly one of the most popular stars of not just India but the world but he is also a doting father who is currently on cloud nine after seeing that his daughter Suhana Khan has finally walked on his path and chosen acting as her profession. 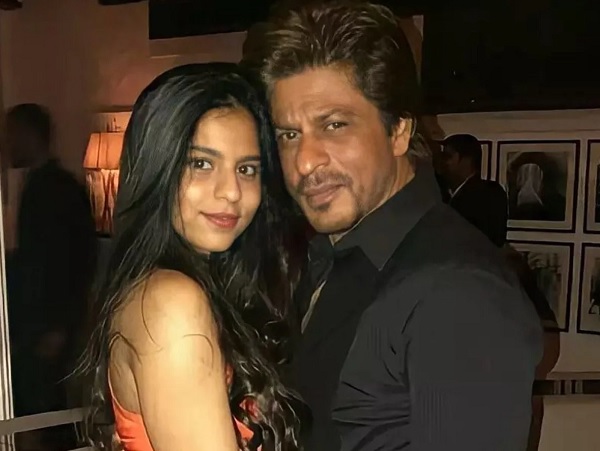 There were talks of Suhana Khan’s Bollywood debut being on the cards and recently the trailer of Zoya Akhtar directed “The Archies” was released. Suhana is making her debut with this movie along with other star kids – Agastya Nanda (grandson of Amitabh Bachchan) and Khushi Kapoor (daughter of Boney Kapoor). 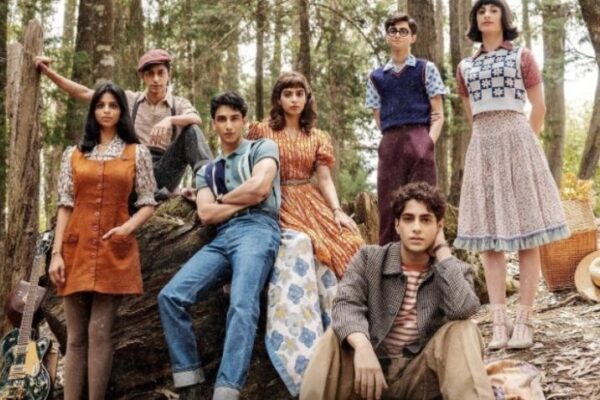 The announcement regarding the film was made by Netflix India on May 14 and the flick also stars Mihir Ahuja, Dot, Yuvraj Menda and Vedang Raina.

The sun is out, the news is out! Come meet your new friends.
Presenting to you the cast of The Archies, directed by the fantastic Zoya Akhtar. pic.twitter.com/vOtm29V0gP

Soon, Suhana Khan also posted the trailer on her official Instagram account and best wishes started pouring in from fans and friends.

This was great news for Suhana’s father Shah Rukh Khan and he celebrated the moment by posting an emotional message for his daughter along with some valuable words of wisdom.

SRK’s post read, “And remember @suhanakhan2 you are never going to be perfect…. but being yourself is the closest to that. Be kind and giving as an actor…. the brickbats and applause is not yours to keep…. the part of you that gets left behind on screen will always belong to you…. u have come a long way baby…. but the road to people’s heart is unending….. stride forth and make as many smile as you can. Now let there be Light…. Camera and Action! Signed Another Actor.” 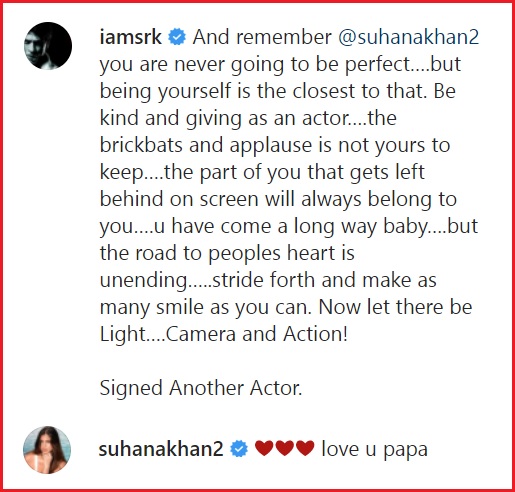 The movie is an adaptation of The Archies comics and it will be a live musical action set based in the India of 1960s in which Suhana will be playing the character of Veronica. As per the reports, Agastya will be portray Archie Andrews and Khushi will be essaying the role of Betty in the movie which is going to release in 2023.