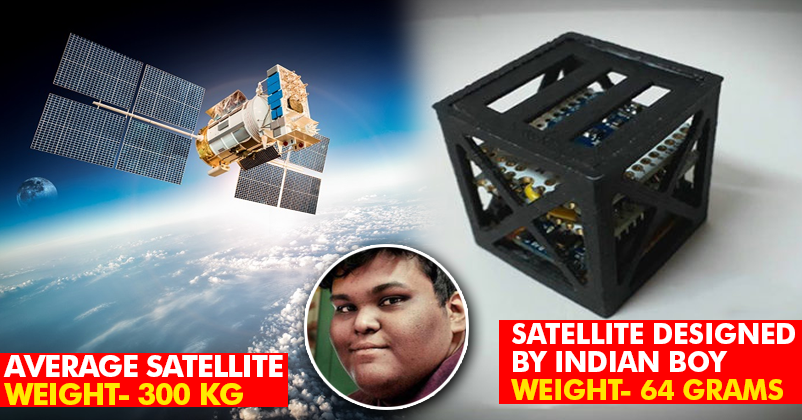 India is a country of 1.3 billion people and there is a lot of hidden & uncapped talent. While we are already contributing enough to global development, the future seems brighter with these young and hidden stars coming in the front.

An 18-year-old Indian student named Rifath Sharook has made the country proud in global space by designing a world’s lightest legit satellite, which he has registered with the name Kalam Sat, in the respect of former Indian president and missile man APJ Abdul Kalam. KalamSat weighing just 64 grams will be launched by a NASA sounding rocket on June 21 from Wallops Island, a NASA facility. This will be the first time an Indian student’s experiment will be flown by NASA. Speaking to TOI, Rifath who belongs to a comparatively unknown area called Pallapatti in Tamil Nadu said it will be a sub-orbital flight and post-launch, the mission span will be 240 minutes and the tiny satellite will operate for 12 minutes in a micro-gravity environment of space. “The main role of the satellite will be to demonstrate the performance of 3-D printed carbon fibre,”.

He said the satellite was selected through a competition called ‘Cubes in Space’, jointly organised by NASA and a organisation called ‘I Doodle Learning’.

The main challenge was to design an experiment to be flown to space which will fit into a four-metre cube weighing exactly 64 grams.

“We did a lot of research on different cube satellites all over the world and found ours was the lightest,” he said. Rifath said the satellite is made mainly of reinforced carbon fibre polymer. “We obtained some of the components from abroad and some are indigenous,”

Well, this is just a start, we think. There’s a lot coming out in future as we Indians are not going to stop. Do you agree?

RIP MP3! Our Most Loved Digital Music Format Is No More! We Will Miss You
WannaCry Ransomware Has Affected India: Hundreds Of ATMs Shut Down As Preventive Measure