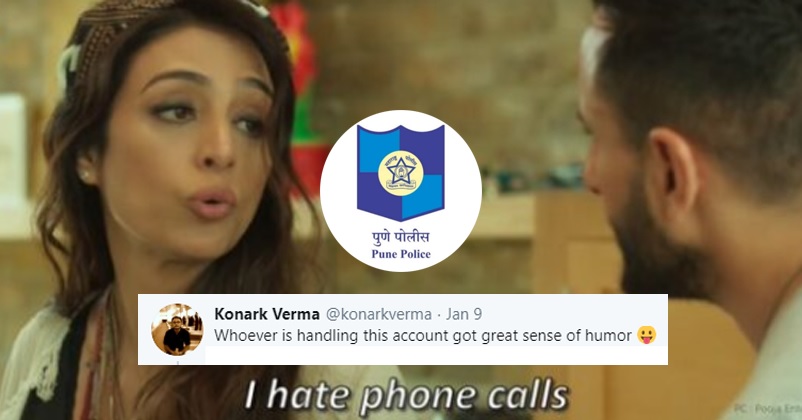 Social media networks are of great help if someone wants to spread a certain message to a huge audience and because of this, various government departments are now getting active on these platforms. These departments are now using social media sites to guide people on different matters and for this purpose, they are also using a little creativity by means of famous scenes and dialogues of Bollywood movies.

Recently, the trailer of Saif Ali Khan and Tabu starrer “Jawaani Jaaneman” was launched and it was loved by viewers. Saif Ali Khan plays the role of a middle-aged playboy who doesn’t want to settle down by getting married but one day a girl comes in his life who is his daughter.

The role of the daughter is being played by Alaya F and the role of the mother is played by Tabu. When Saif and Tabu met, they were not able to stand each other and during their conversation, Saif asks Tabu why she didn’t inform him in the last 21 years that he has a daughter. He said that she could have made a call and in reply, Tabu said, “I hate phone calls”.

The scene in which Tabu is delivering this dialogue is now converted into a meme by the Pune Police as they used it to make people aware that they should not talk on phone while driving.

The caption used by the Pune Police read, “When someone calls while you’re driving! #RoadSafety #DriveSafe”

When someone calls while you're driving! #RoadSafety #DriveSafe #SaifAliKhan #Tabu pic.twitter.com/tXh3mpU3n6

Whoever is handling this account got great sense of humor 😛
Only request apart from this to at least penalize people driving on wrong side. Because it gives me feel sometimes Transformer Ban jau 😜 pic.twitter.com/beoQ9wY82Y

Some cool peoples are handling the twitter handle of @PuneCityPolice
👍🏻

Keep mobile in bag while driving 😇

U r too fast

While Twitterati was loving this creativity of the Pune Police, the official Twitter handle of the Maharashtra Police added a flavour of their own by saying that this dialogue can also be used when someone asks for OTP so that online fraud doesn’t take place.

Maharashtra Police tweeted, “Or when someone calls you asking your OTP! #CyberSafety #Vishing”.

Hats off to the creativity of both the Police departments! Kudos!