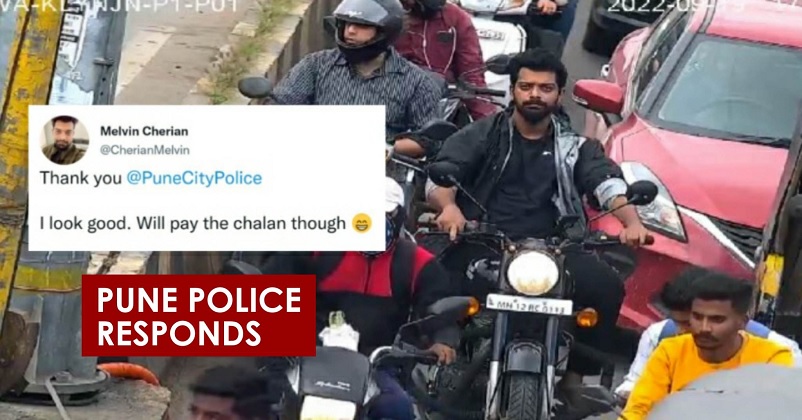 The social media platforms are becoming more and more important in our lives with each passing day as now many departments are using them for communicating with public. While majority of the government departments and institutions use these platforms for the purpose of sharing news or updates about their schemes or policies, there are some departments which have taken their social media game to a new level by making funny posts and giving witty responses to online users.

Pune Police is one such department that has earned love of netizens by making them smile along with educating them about various laws which are necessary for the safety of citizens. 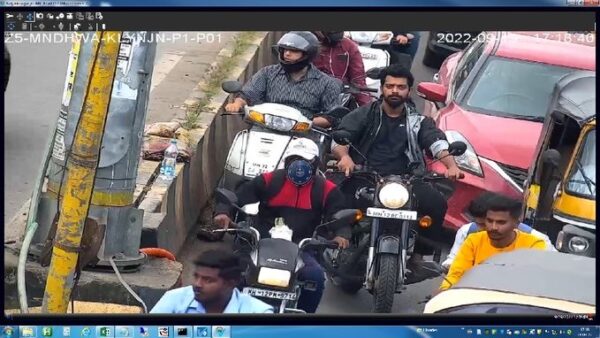 Recently, a traffic challan was sent to a citizen as his image was captured by a CCTV in which he is seen riding a bike without wearing helmet. The citizen took to the micro-blogging site Twitter, shared his image, tagged Pune Police and wrote, “Thank you @PuneCityPolice I look good. Will pay the chalan though”.

I look good. Will pay the chalan though 😁 pic.twitter.com/vTGLq4GKnl

Pune Police responded soon with a witty reply in which they advised the online user to wear helmet and suggested that black helmet would go well with black jacket. Here is what Pune Police tweeted in response,

P.S: A black helmet will go very well with that nice black jacket though.”

P.S: A black helmet will go very well with that nice black jacket though. #WearAHelmet https://t.co/7klwKw6TR2

That was a good one from Pune Police, what do you say?