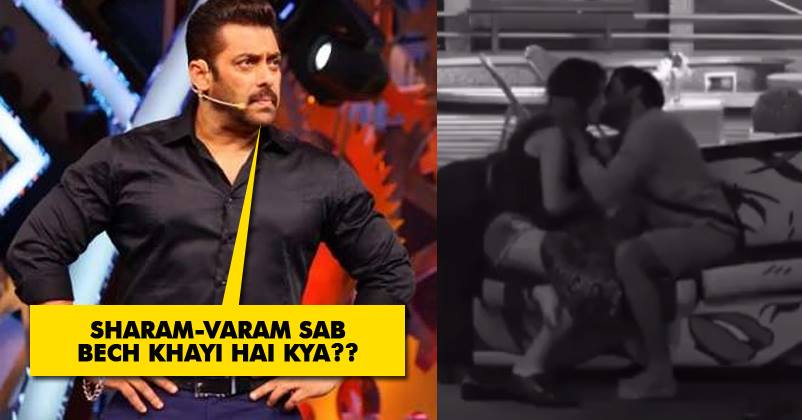 Bigg Boss 11 is one of the most controversial seasons of the reality show and there’s not the least doubt about it. Amidst all the drama and fight among contestants, one couple who is constantly making headlines is Bandgi Kalra and Puneesh Sharma. Their romance has been the talk of the town for many days and it won’t be wrong to say that Bigg Boss 11 is not family-friendly owing to such hot amorous scenes and make out sessions.

Earlier Salman Khan, host of the show, warned Puneesh and Bandgi to be careful in an indirect manner as Bigg Boss is watched by their parents as well. 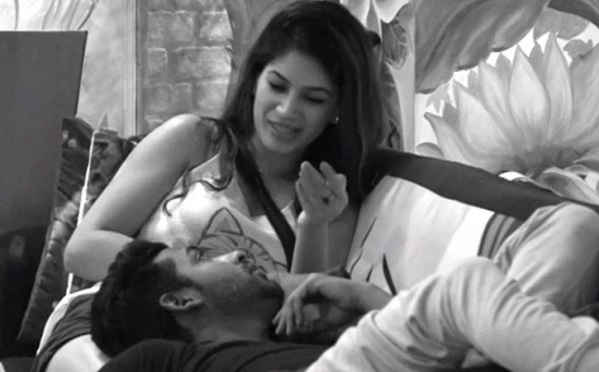 However, it appears that the duo is in no mood to take his advice seriously and this video is the proof!

Yes, a video is going viral on the Internet and social media sites, showing Bandgi and Puneesh having dirty talks when the lights are switched off. Everything is not very much clear but here’s what we understood from the video….

Bandgi and Puneesh are sitting on the sofa and the latter asks the girl to unbutton her shorts while he would remove his T-shirt. Initially she hesitates and that’s when he asks her not to waste time and hurry up. She calls Puneesh selfish and says that it’s becoming very difficult for him to sit on the same sofa even for 5 minutes on which they used to sit till 4am.

The video is shared by biggboss11.ofp on Instagram with caption,

“Salman Bhai warned the two on Nov12: “Your parents are also watching this show so be very careful what are you displaying on national tv.”

It’s not for the first time that we saw couples getting closer and intimate on Bigg Boss but Bandgi and Puneesh seem to have crossed the limit and they don’t even realize the consequences. If they are doing this just to win the game, this is really pathetic and shameful on their part.

Akash Shouts On Shilpa And Vikas. Asks Them To Stop The Drama In The House
This Man Comes To Know That They Can’t Have A Child, Wife’s Next Step Is Truly Worth An Applause