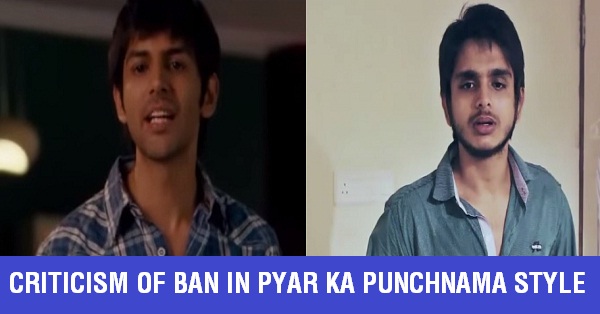 The recent behavior of Indian Government with ban on various products and services have really questioned our constitutional fundamental rights. We proudly say that India is the largest democracy in the World but does our Government really believes that, with all these bans of various things it truly defeats the meaning of democracy.

It all started with ban on Maggi and went up till to the state where they banned several food products in a city, which surely raised the criticism through various social media platforms.

People at WOWzzat have created a video on common man’s frustration on ban of various things. The guy in the video raises his complaints on bans in a Pyar Ka Panchnama way and indeed whatever he says is truth.

Here is the video of Pyar Ka Punchnama Parody on Bans:


You can also watch the Video directly on YouTube by clicking this link.

What your say on the video. Let us know in the comments section below.
Source
Featured Image Source – 1,2

Tamasha Trailer Out: Ranbir Kapoor And Deepika Padukone Are Back With A Bang
This Is How Every Men Should Be Taught: Virginity Is Just A State Of Mind