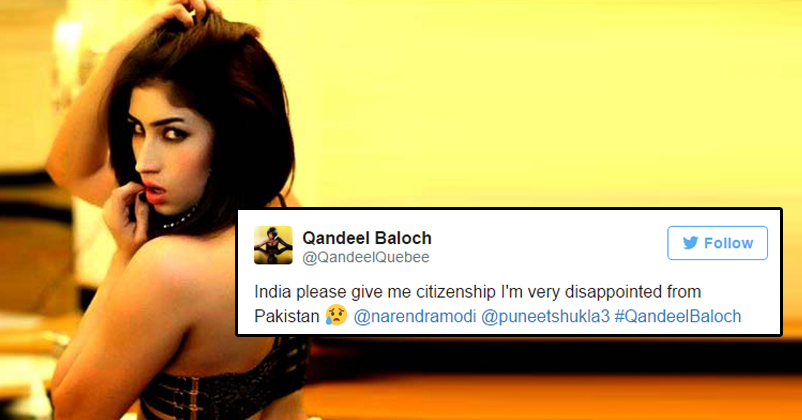 At First, I would like all my readers to be a bit more sensitive towards this issue. Lately a lot of people on our page have ridiculously mocked her death. A death of a living human being, which was in no way funny, humorous or for that matter anything worth giving a smirk for. On 16 July 2016, Pakistan’s Social media celebrity Qandeel Baloch was murdered by her own brother where he strangled her to death. And the most obvious reason that any low life human can ever give was ‘Honor Killing’.

Yes, the word Honor Killing, where a person from the family itself kills the other one, just because he thinks that she is bringing dishonor to his family, although he forgets the fact that his upcoming deeds would itself be a dishonor for his family.

When Qandeel Baloch’s brother was caught, he shamelessly accepted his crime. “She wasn’t aware I was killing her”, he said. In an interview just days before her death, she had said, “In Pakistan, people are not ready to accept me. It would be much easier for me to work in India.” There were many rumors that she was going to be a part of ‘Bigg Boss 10’, but Qandeel Baloch did not confirm this and posted that she will “appear on Bigg Boss if they (the producers) agree to my terms.”

It is interesting to see that her desire for being an Indian popped right after when Adnan Sami was granted Indian Citizenship way back in late December 2015. The controversial model had received many threats from her family because of her bold pictures and videos which she used to post on her social media accounts. And the most recent one being the music video ‘Ban’.

Three weeks ago, she wrote a letter to the interior minister, the director general of the Federal Investigation Authority (FIA) and the senior superintendent of Islamabad in which she asked them to provide her security. After sensing security issues, Qandeel Baloch, whose real name was Fauzia Azeem, later said that she was planning to settle abroad.

According to her Facebook page, the threats could have stemmed from a handful of posts including discussions surrounding female empowerment and protests against the patriarchal society she was born into.

What do you think about the whole scenario ? Please share your views in the comment section below ! !

71 Year Old Grandma Marries 17 Year Old! We Are Sure You Wanna Know The Reason!
Finally Salman Has Opened Up About Internet Trolls! Here’s What He Has To Say!