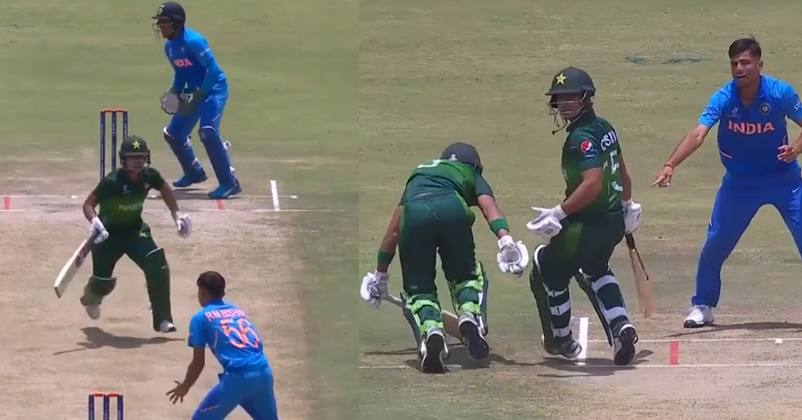 India and Pakistan’s rivalry on the cricket field is known to every cricket fan and it is not limited to men’s national teams but is pretty evident in women’s cricket, U-19 contests and in other categories as well. Taking this into consideration, it won’t be wrong to say that the most important clash of Under-19 World Cup took place when India and Pakistan faced each other in semi-finals at Senwes Park, Potchefstroom, South Africa.

Even if you are not a cricket fan, you still must be knowing that Pakistan has never been able to defeat India in the men’s World Cup but when it comes of U-19 World Cup, Pakistan leads India by 5-4. However, one thing that depicts India’s increasing supremacy is the fact that last three matches which have been played in U-19 World Cup tournaments between India and Pakistan have been won by India.

Pakistan managed to score only 172 runs for the loss of 10 wickets and India achieved the target without losing any wicket. Yashasvi Jaiswal scored a brilliant century in order to help his team in crushing Pakistan and in taking his team to the finals of World Cup for the consecutive third time. 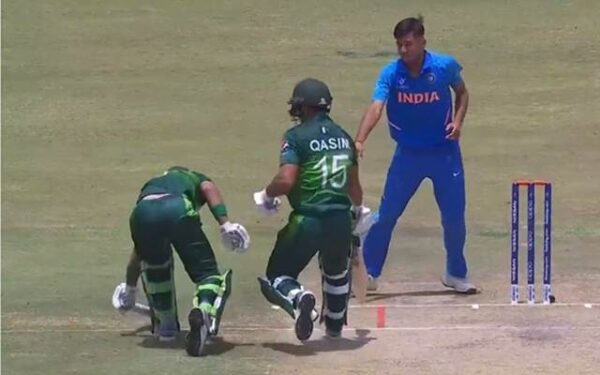 However, one of the highlights of the Paksitani innings was a run-out. On the second ball of the 30th over which was bowled by Ravi Bishnoi, Pakistani batsman Qasim Akram pushed the ball towards covers and called his skipper Rohail Nazir for a quick single. But Nazir ran back after taking few steps while Qasim ran fast for the single. As a result both the batsmen were running towards the same end while Jurel removed the bails after Ankolekar threw the ball towards him.

Qasim was given out by the umpire after watching the replay and he was quite upset as he also had some words with his skipper. Here is the video of the run out:

We wish the Under-19 Indian team all the best for the World Cup finals!

Disha Patani Named Bumrah As One Of India’s Finest Cricketers, Called Him A Match-Winning Player
Dhoni Serving Paanipuris To RP Singh In Maldives Is A Delight To Watch. Video Goes Viral