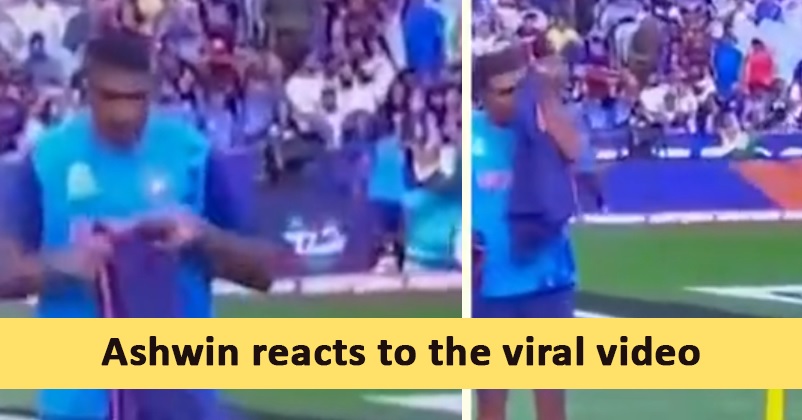 Ravichandran Ashwin is certainly one of the most popular Indian cricketers of the present time and every cricket fan as well as mediaperson likes to keep an eye on his actions whether they are off-the-field or on-the-field. Ashwin is currently in Australia where he is representing the country in the ICC T20 World Cup 2022 and recently a video featuring him went viral because of some of his unique actions that he did in the video. 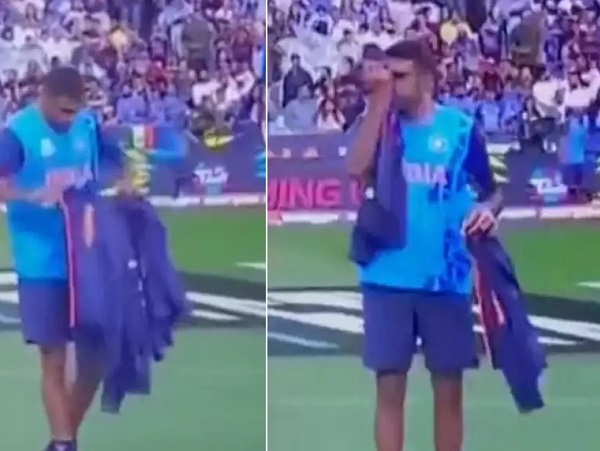 India played its last Super 12 match against Zimbabwe on 6th Nov 2022 at Melbourne Cricket Ground and the video was shot when toss was taking place. While the Indian skipper Rohit Sharma was having a conversation with the presenter, R Ashwin was seen checking two jackets of the Indian team in the background, later on he is seen sniffing them in order to find out which is his jacket and this strategy worked as he dropped one and took the other one with him. The video soon went viral as people started talking about how R Ashwin finds out whether it is his cloth or not. A Tamil Nadu cricketer Abhinav Mukund took to Twitter and asked Ashwin to tell the logic behind picking up his jacket.

Abhinav Mukund wrote, “Watched this video multiple times already. Just cracks me up again and again. @ashwinravi99 pls enlighten us with your logic of picking the right sweater” with laughing emojis.

Ravichandran Ashwin reacted soon as he wrote, “Checked for the sizes to differentiate!❌ Checked if it was initialed❌ Finally 😂😂 checked for the perfume I use✅ Adei cameraman”

Checked for the sizes to differentiate!❌
Checked if it was initialed❌
Finally 😂😂 checked for the perfume i use✅
😂😂
Adei cameraman 😝😝😝😝 https://t.co/KlysMsbBgy

India will be facing England tomorrow at Adelaide Oval in the second semi-final and the winner of this match will face Pakistan in the finals which will be played on 13th Nov 2022 at Melbourne Cricket Ground. Pakistan defeated New Zealand today by 7 wickets in the first semi-final which was played at Sydney Cricket Ground.

As far as the match is concerned, the Kiwis won the toss and chose to bat first. New Zealand scored 152/4 in its 20 overs with the help of Daryl Mitchell’s knock of 53 runs not out for which he played 35 deliveries, his innings included 3 fours and 1 six. 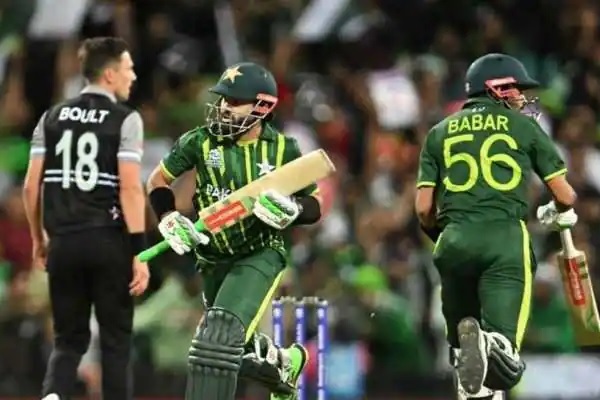 Pakistan got to a terrific start as the openers Babar Azam (53 runs, 42 balls, 7 fours) and Mohammad Rizwan (57 runs, 43 balls, 5 fours) came back in form at a time when it was needed the most. They both produced a century (105) partnership for the first wicket and laid the foundation for an easy win for their team. Pakistan achieved the target with 7 wickets in hand and 5 balls remaining and Mohammad Rizwan has been adjudged as the Player of the Match for his superb innings.